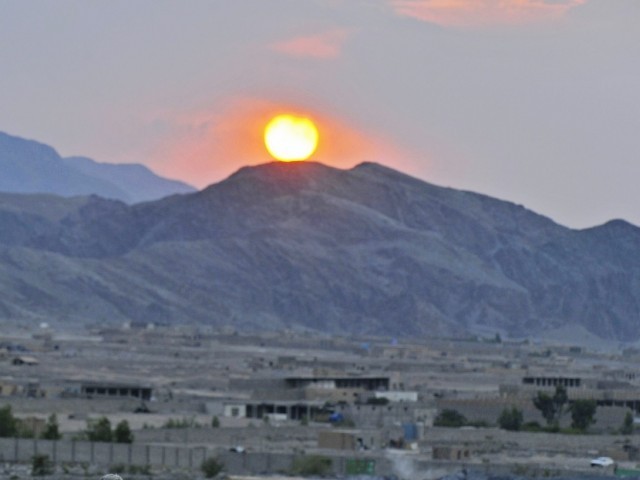 ISLAMABAD: Pakistan on Thursday clarified that the issue of Durand Line between Pakistan and Afghanistan is a settled issue as it is an internationally recognised border between the two countries.

Replying to a question, the spokesperson expessed concern on statements from Afghanistan said that Pakistan is committed to fight terrorism and extremism and there should be no doubt in it.

“Pakistan does not need to clarify its position on war against terror and no need to give justification in this regard.”

Commenting on the statements coming from Afghanistan, the spokesperson said, “Pakistan wants to promote its relations with all neighbouring countries including Afghanistan on the basis of mutual respect and trust.”

Khan though said that Afghan leaders need to adopt a responsible attitude instead of raising issues through media. He added that all issues should be resolved through bilateral and diplomatic channels via a negotiations and dialogue process.

The spokesperson though said he did not want to project that Pak-Afghan relations have ups and downs adding that peace and stability in Afghanistan is in Pakistan’s interest. But he acknowledged there are issues between Pakistan and Afghanistan and there are differences of opinion, but both of them are face the common threat of extremism and terrorism.

Replying to a question on the issue of books for schoolchildren of Afghanistan which were held at Karachi following the closure of Ground Lines of Communication, the spokesman said a decision has been taken to ensure the supply of these books to Afghanistan after reopening of NATO supply routes.

On the question of drone attacks, the spokesperson said Pakistan has very clear position adding that these are illegal, counter-productive and violation of Pakistan’s sovereignty besides these drone attacks are a violation of international laws.