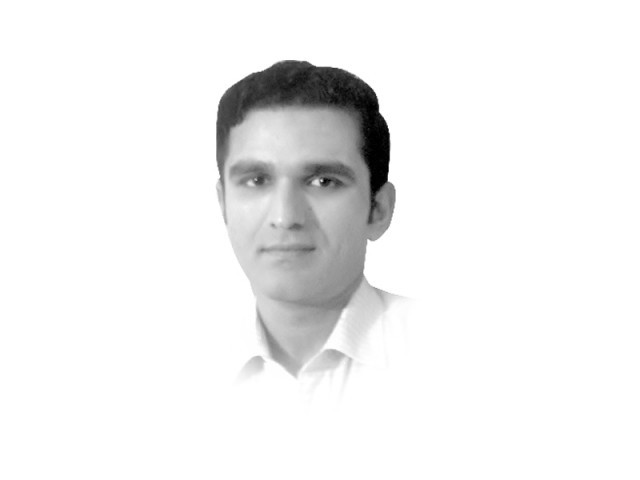 Sir Malcolm Hailey, sometime governor of Punjab, once wrote for someone that “he won like a hero and gave like a saint”. That person was also called, “the Architect of modern Lahore” and “the first modern South Asian philanthropist” by the people. This person was indeed Sir Ganga Ram, once the executive engineer of Lahore division.

A few days ago, I went around Lahore with some friends to find the samadhi (tomb) of Sir Ganga Ram. I knew that he had died in July 1927 in London, but that his ashes had been brought back to his beloved Lahore, with some scattered on the Ganges. Finding the tomb was a feat, since most people around the Karim Park area off Ravi Road seemed to have forgotten this great son of Lahore. Trying to pass the construction for the Lahore Bus Transit System, I wondered how it compared with the rapid expansion of Victorian Lahore and how people then dealt with the dust, noise, complicated navigation and simple nuisance of the development work at that time. Are we more planned, prepared and efficient now, I wondered?

After asking around for some time, a local directed us along a small alley way to a rather modern and simple-domed structure. After we negotiated our way into the walled-off structure, we were simply shocked that the samadhi itself was being used as a cowshed by the ‘caretaker’. The marble slab of the samadhi had been broken at several places and the stench and dirt of animal urine and excrement made standing inside the tomb unbearable.

While talking to the local residents, I gathered that this structure was relatively new and that the original structure was destroyed during the riots in 1992, following the demolition of the Babri Mosque in India. One of the older men told me that even though they knew that this was not a Hindu temple and that Sir Ganga Ram had done a lot for Lahore, ‘passions’ overtook the men who attacked the tomb over a period of three consecutive days. Locals told me that the old structure had a beautiful water tank around it and was covered with dazzling marble. The structure was so sound that it took them two days to just break into the dome. It was startling that the police did not bother to stop them and rather, abetted the attack on the tomb.

The state of Sir Ganga Ram’s tomb, I think, says a lot about our society — not just of today, but also of the last few decades. It shows that we are so senseless and ungrateful as a society that we did not even spare from our rage, the person who practically made modern Lahore and left most of his fortune for the benefit of Lahoris. We simply forgot that Sir Ganga Ram founded the Sir Ganga Ram Free Hospital in 1921, that Sir Ganga Ram’s house in Lahore, Nabha House, was the first home of the Hailey College of Commerce, that he endowed the Lady Mclagan School for Girls and that he built the Renala Khurd Power Station out of his own money. This is, of course, in addition to forgetting that Sir Ganga Ram supervised the construction of almost everything which is iconic in British Lahore — the General Post Office, the Museum, Aitchison College, Mayo School of Arts and Model Town, among others.

It also shows the recurring patterns in our society. Just as both Muslims and Hindus went on a rampage against each other in 1947, the destruction of the Babri Mosque in 1992 elicited the same rage. We seem to have forgotten how in 1992, a number of still-remaining testaments of our Hindu past were deliberately obliterated. The recurring patterns, their planned nature and their continuation in different forms are certainly issues to ponder upon.

But, perhaps, all this shows we are not a ‘society’ in the sociological sense after all. Maybe, we are just a bunch of self-seeking, often bloodthirsty, illiterate people who mainly keep on destroying our own life and surroundings. The irony of Manto’s story of 1947, about the statue of Sir Ganga Ram being brought down on the Mall and the person injured during the process being ‘rushed to Sir Ganga Ram hospital’ is still certainly lost on people here. Perhaps, there is no need now to repair or care for his tomb; Sir Ganga Ram should have thought of better use of his money.