The army also attemp­ted to distan­ce itself from the two former genera­ls.
By Kamran Yousaf
Published: October 20, 2012
Tweet Email 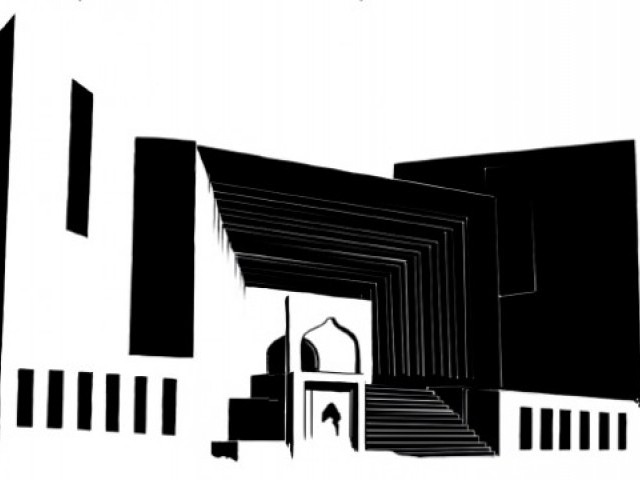 The army also attempted to distance itself from the two former generals. PHOTO: FILE

The Army endorsed the landmark Supreme Court judgment, insisting that the military should not interfere in politics, said two senior security officials on Friday.

However, the army also attempted to distance itself from the two former generals, saying the current military leadership was performing its functions strictly in line with the Constitution.

“During the last four and a half years, there were occasions when the army could have overthrown the civilian government, but it did not do so,” said an official, citing a “clearly defined policy” of the current military leadership that they will not seek any direct or indirect intervention. Another senior security official insisted that no political cell existed in the ISI, or any other military-related institution. “If anyone has evidence, they should come forward with it,” the official said, adding that the security establishment had no plans whatsoever to manipulate the next general elections. When contacted, the Inter-Services Public Relations refused to give reaction to the judgment.

Will Beg and Durrani be court-martialled, or tried in the civilian court, is on the minds and on the lips of everyone, following the Supreme Court verdict.

Experts are of the view that both options are open. The recent decision by the army to try three retired Lts Gen and one Maj Gen for their alleged involvement in the National Logistic Cell scam indicated that retired army officials can be tried under the Army Act.

“It depends on the government, but they [Beg and Durrani] can be tried under the Army Act,” said Lt Gen (retd) Talat Masood.

However, he said the army wanted to stay away from the saga and would like the government to decide their fate.

Former Chief of Air Staff Air Marshal Asghar Khan, who took the Mehran Bank scandal to the Supreme Court in 1996, hoped the verdict would reduce the military’s role in politics.

“The Supreme Court has asked the defence services not to participate in politics and I hope it will be followed, and if it is followed correctly it will make a lot of differences to our politics,” he said.

Other observers suggested that the Supreme Court ruling will go a long way in ensuring civilian supremacy in the country. “But the change will not come overnight,” cautioned Ahmed Bilal Mehboob, who heads the Pakistan Institute of Legislative Development and Transparency.

Special report: 16 years in the making