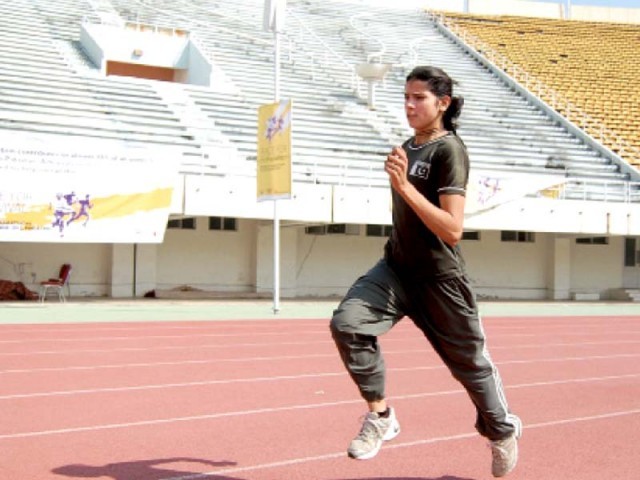 With a little extra effort, many of the 423,000 children who die before their fifth birthday in Pakistan can be given a healthy future.

To highlight this message, Save the Children in collaboration with Child Rights Movement Pakistan organised a marathon relay on World Food Day at Jinnah Sports Complex on Tuesday.

Around 104 children in Pakistan were joined by 20,000 children of over 40 countries, calling on world leaders to take immediate steps to tackle child mortality and malnutrition. Global Hand Washing Day preceded World Food Day, showing the overlapping effect both malnutrition and hygiene have in child mortality in developing countries.

Children, aged 11 to 13, from four government schools and an orphanage, participated in the global marathon relay, known as the ‘Race for Survival’. The stated objective was to beat 2011 world record holder, Kenyan athlete Patrick Makau, who covered 42.195 kilometres (kms) in two hours three minutes and 38 seconds. The students made good time, especially for their age, covering 42 kms in two hours and 33 minutes.

About 423,000 children in Pakistan die before their fifth birthday, many due to preventable causes such as diarrhoea and pneumonia. Malnutrition is the underlying cause of roughly one-third of the deaths, said an official.

Without the right diet, children are easy prey for disease and their weak immune systems struggle to fend them off, he added. According to the Pakistan National Nutrition Survey 2011, 35% of under-five deaths were caused by malnutrition and 58% of households in the country were food insecure.

Rabia Ashiq, a sprinter who represented Pakistan in the 2012 Olympics, ran the first leg of the race after which the children competed against each other and other teams around the world. Children were treated to an acrobatic act and face painting to reward them for their effort.

Ashiq said the government and private institutions need to give other sports as much importance and attention as it gives to cricket.

After the race, organisational representatives took centre stage to discuss malnutrition and mortality statistics. Arshad Mahmood of Save the Children said, “The level of malnutrition among children in Pakistan is simply unacceptable. About 43.7 per cent of Pakistan’s children under age five suffer from stunting. Malnutrition can damage children permanently, impairing their brains and bodies.”

MNA Atiya Inayatullah, a former minister for social welfare who was the chief guest, highlighted the government’s commitment to support Pakistan’s fight to achieve Millenium Development Goals pertaining to child and maternal health.

It was shared that as part of its nutrition programme, Save the Children has called on the federal and provincial governments to increase the number of frontline health workers in the country to provide mothers with skilled support to improve child-feeding practices, including breastfeeding. In addition, the governments must take measures to ensure that support groups for mothers are set up.

“There are simple, proven and cost-effective solutions to tackle malnutrition, and we are calling on the Pakistan government and world leaders to take urgent action,” said Ghulam Qadri, an organiser.