Lahore Fort: Royal kitchens to get a facelift

Lahore Fort: Royal kitchens to get a facelift 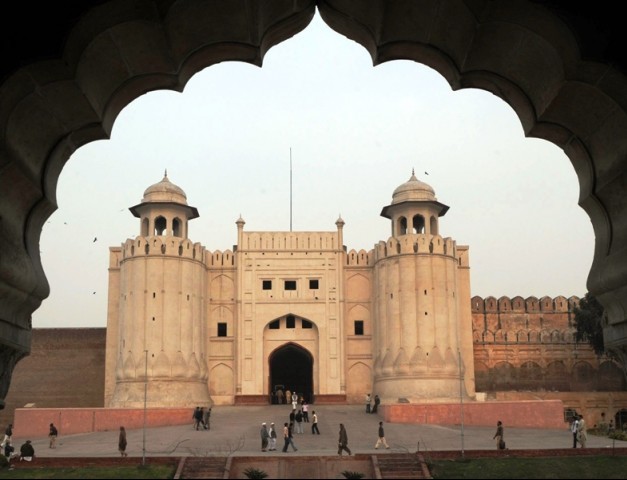 Waist-high wild grass and shrubs make the passage to the Royal Kitchens at the Lahore Fort an arduous task. The kitchen walls are covered in beehives and debris, while the floor is flooded with stagnant water. In a few months all this might change.

The Archaeology Department is now revising its 2006 Master Plan to include the Royal Kitchens in the list of structures that will be repaired. Rs22 million has been allocated for the restoration project.

The proposals include setting up an information centre, an audio-visual centre for a documented tour, an antique shop and a cafeteria.

The department met with the Planning and Development Department and the Finance Department on Friday to discuss the proposal, Afzal Khan, a deputy director of the Archaeology Department, told The Express Tribune.

Maqsood Malik, the executive conservation officer, says the revision of PC-1 to which the Royal Kitchens have just been added, will probably be approved by next week. Malik hoped that the restoration work would begin in two months. The project will be completed in about two years.

During its use by the British, the open verandahs were made into cells by adding brick walls. Iron doors and bars and another storey were added to the structure. The upper storey served as offices for policemen. The only opening in each cell was a tiny hole in middle of the ceiling. A sewage system, water and electricity supply lines were also laid during the British period.

Archaeology Department documents show that in 1987, a plan to restore the Royal Kitchens was abandoned due to lack of funds.

The proposal had included a survey and photographic documentation; detailed study of architecture, demolition of the structural additions by the British – cell walls, girders and the top storey. Only the upper storey was demolished and the debris moved only. Girders, ventilators and stairs leading to the upper portion were also removed in 1987.

In 1996, floods in Lahore caused about 60 per cent of the roof to collapse.

In 2004, the United Nations Educational, Scientific and Cultural Organisation (Unesco) and the government of Norway donated some funds for repairs but they were “insufficient to repair the damage to the roof”, said Khan. The department had used the funds to repair and restore some of the arches and pillars.