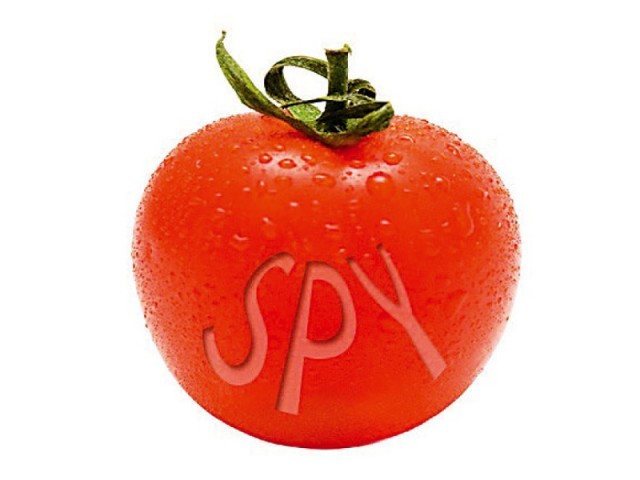 Officials were left mystified on Friday when they seized and confiscated a tomato consignment from India at the Wagah Border and recovered suspicious electronic equipment from it, The Express Tribune learnt.

Strangely, the consignment was earlier cleared during the mandatory security screening conducted by the National Logistics Cell (NLC) through a scanner installed at the Wagah Border, but during the unloading process, a labourer found the suspicious devices in one of the tomato crates. He immediately informed the officials concerned of the discovery, sources familiar with the matter revealed.

Following this, a thorough search of the entire consignment by staff members of the intelligence and security wing of the NLC unearthed three more devices hidden among the tomatoes.

Sources added that officials of other agencies, including the Inter Services Intelligence, Military Intelligence, the Intelligence Bureau, Rangers, the Federal Investigation Agency and customs also examined the consignment. Personnel of the Special Branch of Punjab Police reached the Wagah Border and gathered information from the NLC and other agencies’ officials.

Four men who were transporting the consignment were also detained and were being interrogated.

The devices were later sent to experts in Islamabad for further inspection and forensics analysis, an official of the security wing of the NLC deployed at Wagah border told The Express Tribune.

Another official added that a forensics report was expected in two days, following which further action would be initiated. He however refused to divulge details due to the sensitivity of the matter. Colonel Ishtiaq Wayen, commanding officer of the NLC at Wagah border, also refused to comment on the matter.

Tauqir Dar, the Deputy Collector of Customs at Wagah border said he could not reveal any details since the matter was the prerogative of the NLC.

Sources said that Pakistani officials contacted their Indian counterparts, but had received no response from them.