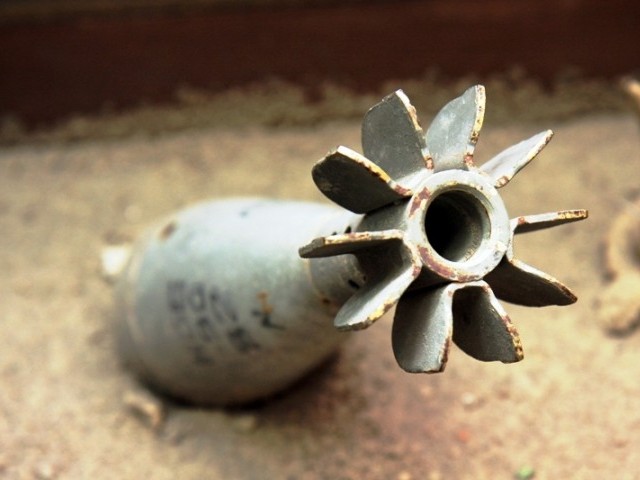 Four people were killed and two were injured when a stray artillery shell hit a house in Mamozai, Orakzai Agency. PHOTO: FILE

HANGU / KOHAT: Six people were killed and three were injured in two separate incidents on Tuesday.

Four people were killed and two were injured when a stray artillery shell hit a house in Mamozai, Orakzai Agency.

According to a political administration official, the shell, fired from an unknown direction, landed on the house of tribesman Sultan Mir in Mir Kalam Khel at around 10 am.

The official said that Zarif Khan, Khan Muhammad and two women were killed on the spot, while four-year-old Qayyum Khan and the owner of the house Sultan Mir were critically injured.

They were taken to a private clinic in Mamozai. “Locals pulled out the bodies from the debris of the house,” he said. The official also added that large numbers of people from the agency have started fleeing their houses due to clashes between militants and security forces.

Security forces claimed to have killed a Tehreek-e-Taliban Pakistan (TTP) Orakzai commander, Mir Rahman, and three other militants in the Ali Sherzai area of the agency.

In another incident in Kohat, two boys were killed and a girl was injured when a hand grenade they were playing with exploded. Saddar police SHO said that 12-year-old Zakir and 15-year-old Tahir were killed when a grenade they found outside their house in College Town on Rawalpindi Road, exploded. Ten-year-old Remsha was also injured in the explosion. Remsha was taken to Kohat Divisional Hospital in a critical condition.

Relatives are investigating exactly how the children came across the grenade.