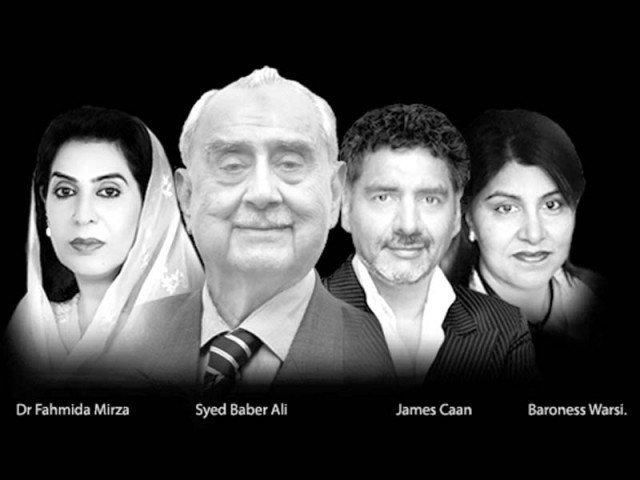 Pride, success, and glamour is how one would describe the awards ceremony held by Pakistan Power 100 in London on September 29 attended by hundreds of prominent personalities from the international Pakistani community.

Over 700 of Britain’s leading Pakistani citizens along with honourable Pakistani personalities like Abdul Sattar Edhi, Monis Rahman, Namira Salim, Naeem Ghauri, and Amin Gulgee were present at the ceremony. A large number of non-Pakistani invitees also attended the event to show their support.

Pakistan Power 100, developed by the British Pakistan Trust, has a mission to honour only the very highest levels of achievement from within the Pakistani community and positively promote the outstanding contribution made by Pakistani men and women on a local, national, and international level. The trust is a non-profit organisation that will use the Pakistan Power 100 list to generate funds contributing to the betterment of all Pakistanis.

The prestigious ceremony began, after an elaborate reception, with the founder of Pakistan Power 100 Khalid Darr.  He was grateful to all the invitees and nominees for attending the awards and defined his vision.

Welcoming the guests, Darr said, “To build a better Pakistan we need to learn the art of working together, we should seek a new way forward, based on mutual interest and mutual respect. The Pakistani Diaspora across the world is a source of great strength for Pakistan and I believe that if we all come together to collectively use our intellectual and financial capital, we can bring significant and positive change to the people of Pakistan.”

Pakistan Power 100 has a role to promote Pakistan to the global community, to showcase the greatest influencers and to work towards changing the perception of Pakistan through the highest achievers. After Darr’s patriotic speech, the awards were presented to the outstanding achievers in their respective fields.

When talking about outstanding Pakistanis, the first name that comes to mind is the magnanimous Abdul Sattar Edhi.  Despite his ill health and a hectic schedule, he managed to show up and take part at the event. Edhi received the Humanitarian Lifetime Award for his lifelong commitment to bettering the lives of all Pakistanis. His devotion to the welfare of mankind was reflected in his heart-felt speech. It was a seminal moment of the night; Edhi received a standing ovation at the end, with many of the attendees in tears by his selfless and genuine words.

Darr believes people on the list deserve to be honoured for being an inspiration for the Pakistani nation. Other Pakistanis who were also recognised in their fields included The Professional Excellence Award for Mona Kasuri, Media and Arts Award for Rashid Rana, Social and Community Award to Imam Qasim of Al Khair Foundation and The Business and Commerce Award was presented to the Ghauri brothers.

Tehmina Durrani received The Writer and Literary Award and Aysha Vardag was handed The Woman of Excellence Award. The Future Leader Award went to Gulfaraz Ahmed while the special award for Friends of Pakistan was presented to Sir Chistopher Lee. The world famous Pakistani-British boxer Amir Khan received the People’s Choice Award. Monis Rehman, Ikram Butt and explorer Namira Salim were awarded the Trailblazers Award. Zakir Mahmood of Habib Bank Limited was presented the Lifetime Achievement Award. The singer/activist Salman Ahmad was also presented with an award as Global Ambassador. The glamorous gala event was then concluded with a brilliant performance by Salman Ahmad.