India coast past Pakistan to stay in World T20

India coast past Pakistan to stay in World T20 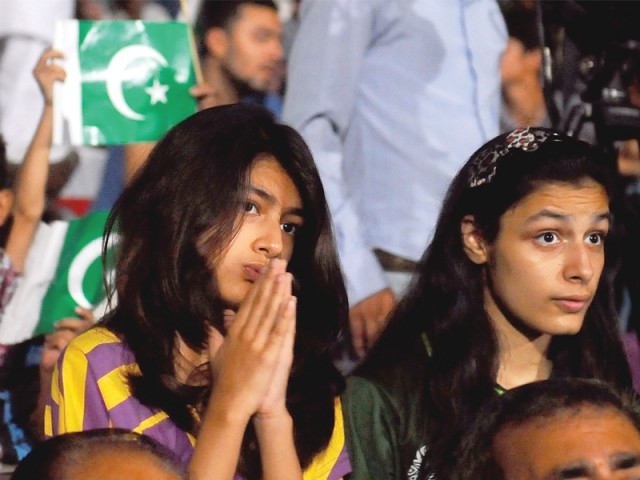 Cricket fans watch the ICC Twenty20 Cricket World Cup’s Super Eight match between India and Pakistan on the outdoor screens at a stadium in Lahore on Sunday. PHOTO: AFP

India, who would have been knocked out of the tournament had they lost, skittled Pakistan for 128 on a slow pitch and then surpassed the modest target in 17 overs, thanks largely to Kohli’s unbeaten 78 off 61 balls.

Pakistan have never beaten India in either the 50-over World Cup or the World Twenty20, in which they contested a thrilling final in 2007.

Sunday’s match was only the third Twenty20 international between the two countries and the result set up a thrilling shoot-out for the two semi-final berths from group two.

Australia lead the group with two wins, India and Pakistan have one each, while South Africa have lost both matches so far.

The last round of group matches will be played on Tuesday with Australia taking on Pakistan and India playing South Africa.