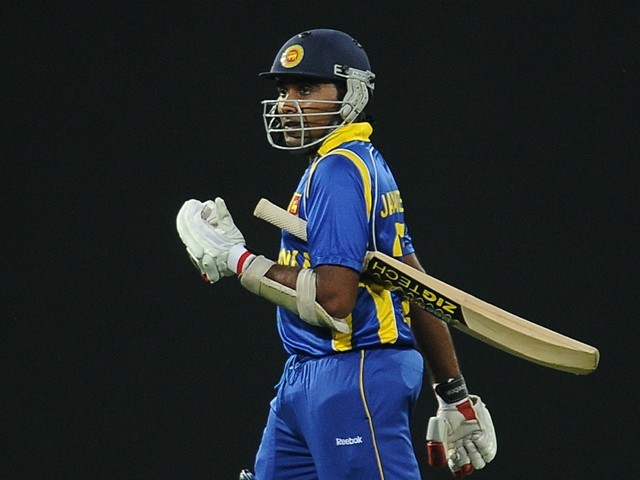 “In any game winning is a good habit,” said Jayawardene. PHOTO: AFP/FILE

“In any game winning is a good habit,” said Jayawardene. “We need to get the momentum. We are excited to play defending champions England. They will throw us a different challenge and we are looking forward to it.”

Despite Morgan’s heroics with the bat, England lost their first Super Eights match to West Indies but bounced back to keep alive their title defence with a six-wicket victory against New Zealand on Saturday.

Jayawardene said he was aware of the batting exploits of Morgan and Wright, who were the main contributors against the Black Caps.

“Those two guys have been around for a while. Eoin has been playing regularly, Luke not so regularly but he has been travelling a lot. Luke has played lot of Twenty20 cricket and England are an exciting team when we saw them play in Colombo. They have some quality players and it should be a very good game.”

Meanwhile, England seem to be riding high on their win over New Zealand and hope to replicate their performance.