If you believ­e Ahmadi­s should be killed, Jews gassed, all Hindus made slaves, then you can be a Sialko­t killer too!
By Fasi Zaka
Published: August 31, 2010
Tweet Email 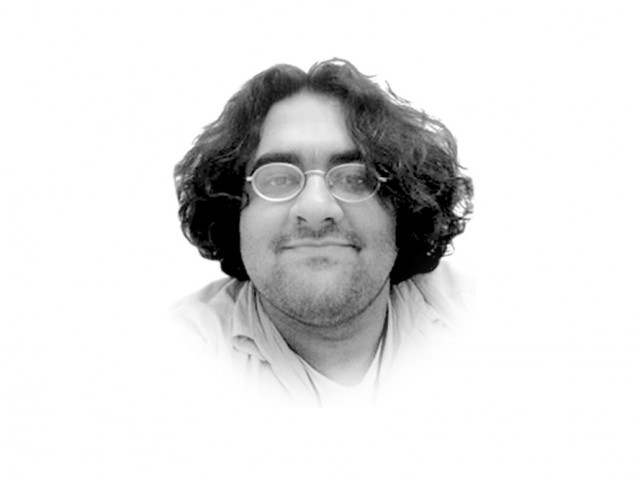 The writer is a columnist, and TV and radio anchor fasi.zaka@tribune.com.pk

No apologies. I signed up for the backlash. If you can’t distinguish metaphors in polemics as figurative and not literal, then you are going to be self-serving to include Edhi and Imran Khan’s philanthropy and the good people of this country so you can conveniently ignore the message.

So again, if you believe all Ahmadis should be killed, all Jews gassed efficiently, all Hindus made slaves, then you can be a Sialkot killer too! Casual prejudice is what creates violence, which is why there are Ahmadi villages in the flood no one wants to help. Or why ‘kafir’ was written on the coffin of a Hindu youth who died in the Airblue plane crash.

There are two segments whose condemnation leaves me unrepentant. First is Pakistanis living abroad. They are incredibly angry that articles like the one I wrote ruin the image of Pakistan. Let’s hide everything, and allow things to continue without addressing cruelties so these Pakistanis can be accepted in their new countries. How selfish. I don’t have a dual passport, this is my only home, and if it sinks so do I.

The second is some sections of the media. I have been called many things, some legitimately argued (like Salman Masood’s critique). But I am not entirely sure if I am a “western liberal” as Mahreen Aziz Khan says. See, “western liberal” journalists in Pakistan worked for Musharraf and Shaukat Aziz in an illegal government that overthrew the constitution, created missing people, destroyed Balochistan, and were happy with Musharraf’s collusion with the Americans and British to rape our laws with the NRO. Others just supported it. I don’t remember doing any of that.

One incident did make me question what I wrote. Dan Qayyum of Pakistan Ka Khuda Hafiz (PKKH) is someone whose politics I disagree with. He sent me a message and I was going to make a snide remark when I saw what he was doing in the floods. That made me feel like a cockroach, and want to do better.

Pointing out barbarity in other countries doesn’t decrease our problems, or even help. It’s atrocious to suggest that if you are poor it means you have no conscience. For example, Rwandans should be appalled at what happened in their country, if they aren’t, then it will happen again. What good does it do to Rwandans (supposing) who feel happy that Hitler’s Germany did worse?  Nations who move on do so when their people say enough is enough, even if it is unpopular at the time.

It’s been more than a thousand years of Islam, and there are reports that the killer mob was coming from a 10-day dars in Sialkot. Why does the message of the Holy Quran not affect people here? Where is the humility, honesty and integrity it preaches? Why are we so resistant to it? Maybe if the ideological media stopped glamourising the Taliban which results in the deaths of Pakistanis, they could prompt further soul-searching rather than saying it’s all hunky dory or will be without effort.

I was gutted when I read that a New York cabbie had his throat slit for being a Muslim, and this after their Islamophobic opposition to mosques. That’s inhumanity. When the US and the UK were planning illegal invasions for resources under false pretences, when they killed millions, when corporations and the religious right dominated to lead this evil onslaught, their media fell into an adoring silence joining in on the travesty. Those who felt against it in the west were too afraid to speak out in opposition to the consensus because they could be, ironically, labelled liberals, or unpatriotic. No wonder they have racist attacks and opinions that create the conditions that get a Muslim his throat slit.

If enough Americans had called their countrymen cockroaches five years ago for opinions they held and the government they supported, then maybe they would not be in the position they are today, where they have hurt the world, imperialistic, wasteful and heading to bankruptcy.

We need to use Baygon, and foreigners sincere to their own countries should too.