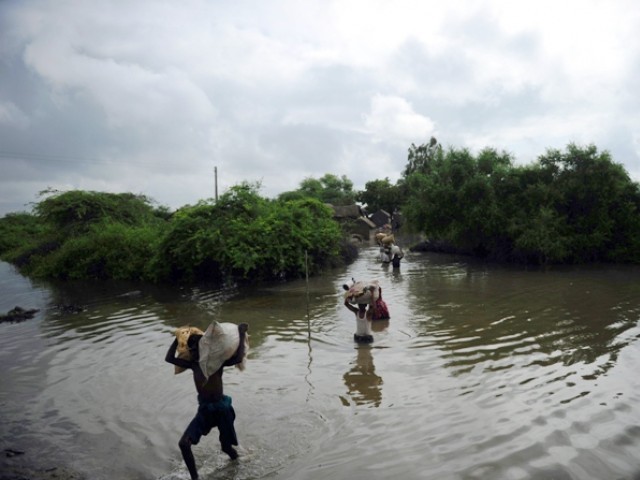 The fall in production and delay, owing to heavy post-monsoon rains, could cause shortage in the markets. PHOTO: AFP/FILE

Heavy rains in Punjab severely affected vegetable sowing and damaged crops cultivated this month; hampering production and resultantly pushing the prices for the autumn vegetables up, according to agriculture experts.

The vegetables to be sowed in the months of September and October will become ripe in January. The fall in production and delay, owing to heavy post-monsoon rains, could cause shortage in the markets, they said while talking to The Express Tribune.

Moreover, the present condition of the land will further delay the October sowing season hence lead to declining production, said the growers.

The onion crop harvested between August and November was adversely hit by recent rains and so did the potato crop. The rains washed away most of the harvest, they added.

According to a market survey, prices climbed almost 20% in most cases while prices for others have increased 40%.

Wholesalers and retailers are charging higher prices, increasing the burden on end consumers, to take advantages of this situation.

In addition to abnormal inflation in wholesale and retail prices, the negative impact could also lead to less vegetable exports, said Arshad Mahmood – a farming expert while talking to The Express Tribune.

According to Chaudhry Hameed, district officer of the Agriculture Department, the output of vegetables may also see declining trends. The major loss will be borne by farmers who sowed in September, he added.