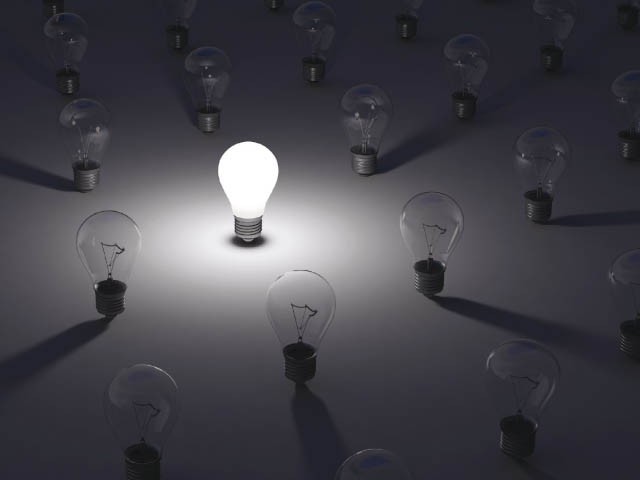 vVable proposals to be prepared in collaboration with energy experts and leading businessmen to be forwarded to the government for implementation. PHOTO: FILE

The newly elected president of the Lahore Chamber of Commerce and Industry (LCCI) Farooq Iftikhar, Senior Vice President Irfan Iqbal Sheikh and Vice President Mian Abuzar Shad spelt out their priorities for the coming year at the annual general meeting held on Saturday.

Iftikhar after taking the responsibilities from the outgoing president Irfan Qaiser Sheikh said that he will concentrate on energy – the mother of all economic ills. He said that the year will be observed as energy-focused year. He said that viable proposals will be prepared in collaboration with energy experts and leading businessmen to be forwarded to the government for implementation. Seminars and workshops on this subject will be conducted.

He, however, suggested the government should expedite work on ongoing hydropower and alternate energy projects for cheaper generation of power. Other issues to be focused on include trade with India, promotion of agro-based industry, restructuring of the LCCI research and development department, to work for betterment of trade and industry, reduction in mark-up, improvement in law and order situation, economy and environment-related regulations.

He said that leading economists, technocrats, businessmen, bankers and former presidents of the chamber will be consulted on a regular basis to suggest to the government as to how the economic revival could be achieved in shortest possible time.

He said that facilitation to the business community will be the cornerstone of the policy this year and every possible step will be taken to promote trade and industry.

Newly elected SVP Sheikh said that simplification of all tax procedures, both provincial and federal, will be on his priority list. He said that the government will be asked to take all measures to increase tax-to-gross domestic product (GDP) ratio.

He said that all available resources will be utilised for economic turnaround as the economic meltdown had now started taking its toll and everybody was suffering badly.

New vice president Shad said that he will focus on strengthening liaison with various government departments. He said that he will utilise all his abilities for promoting trade and industry in the country. He said that the new management will chalk-out market visit programmes and listen to the problems of the business community for early solution of their issues.

On the occasion, the outgoing LCCI President Irfan Qaiser Sheikh presented a detailed report of his performance during the year of his tenure.