Lata claims that she refuse­d to sing with Rafi and only agreed when he sent her an apolog­y letter.
By IANS
Published: September 27, 2012
Tweet Email 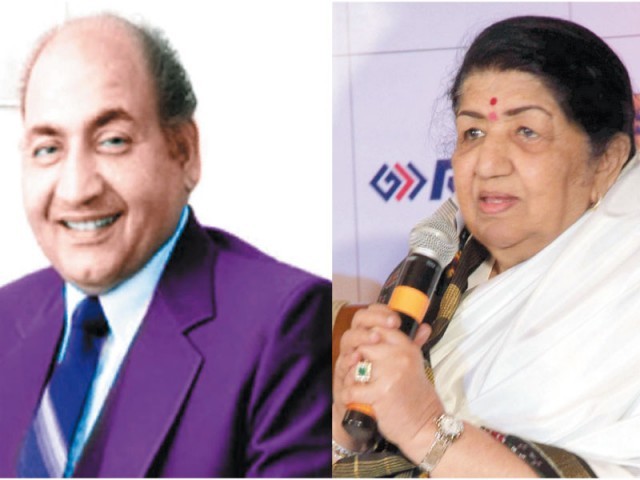 Shahid Rafi challenged Lata to produce the apology letter if she claims that the legendary singer wrote one. PHOTOS: FILE

MUMBAI: Shahid Rafi, son of legendary playback singer Mohammad Rafi, has refuted claims by Lata Mangeshkar that his father had sent her an apology letter to resolve an issue between them.

He said that he feels “strongly” about Lata’s allegations as his father “has never been involved in a controversy before this”.

An old feud came back to limelight when Lata claimed in an interview to a leading daily on Tuesday that she had refused to sing with Rafi and had only agreed when Rafi sent her an apology letter.

Shahid called a press conference on Wednesday to give his response on Lata’s claim.

“If she claims that my father had written an apology letter to her, then she should come out and produce it. In case she does, I am ready to apologise,” Shahid told reporters.

Mohammad Rafi was one of the most popular singers of 1950s and 1960s and gave hits like “Chaudhvin Ka Chand Ho” and “Maine Poocha Chand Se”. He also sang duets with Lata such as “Yunhi Tum Mujhse Baat Karti Ho” and “Tujhe Jeewan Ki Dor Se”.

Shahid also claimed that his father had no competition at the time, whereas Lata did. “There is no competition between her and my father, as actors like Shammi Kapoor and Dharamendra wanted him to sing for them. But there were female singers like Suman Kalyanpur, Hemlata and Mubarak Begum and others who might have been competition to her,” he said.

Shahid further acknowledged, “I have not tried calling her regarding this as she always seemed busy whenever I called her in the past.”

He also added that he was being supported by others in the industry as well, but refused to take any names.