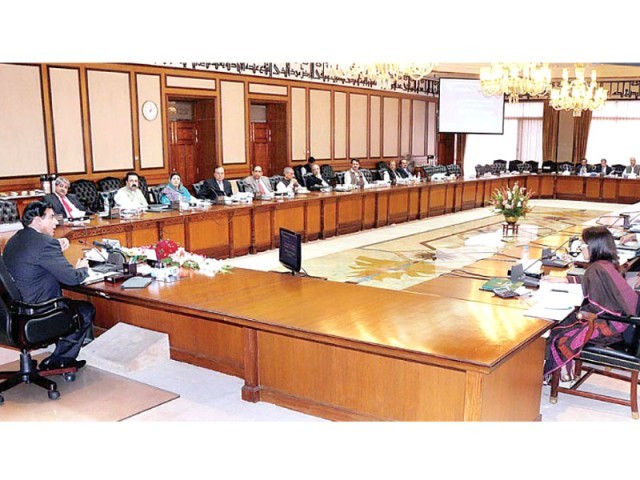 In an effort to find a much needed solution to the ongoing power crisis, Prime Minister Raja Pervaiz Ashraf on Wednesday decided to convene a special cabinet meeting next week to discuss measures to reduce perennial load-shedding and review the overall energy situation in the country.

While chairing a cabinet meeting, the premier said the government was making sincere efforts to enhance the overall capacity of the power generation plants to overcome the snowballing energy crisis. He said the ministers for finance, water and power and petroleum and natural resources brief the special cabinet meeting on the current energy situation in Pakistan.

Ashraf also recalled that after assuming charge as premier, he had assured that addressing the energy crisis would be his government’s priority. “All of us know that this is a Herculean task, but we are determined to make headway in this sector,” he said.

Sources added that the cabinet members also criticised the ministers of finance and petroleum. The cabinet expressed its dissatisfaction over the energy committee’s efforts to bring an end to the energy crisis.

The prime minister directed the energy committee to expedite its efforts to resolve the issue as swiftly as possible.

While condemning the controversial anti-Islam film ‘Innocence of Muslims’, Premier Ashraf said he was dismayed to see mobs resorting to violence and ransacking banks and cinemas on Youm-e-Ishq-e-Rasool (PBUH) across the country.

However, he was also pleased to see scores of people turning out to clean up the damage caused by the unruly protests in the country.

It endorsed the decisions taken by the Economic Coordination Committee in its meetings held on August 7 and 16 and September 4. The cabinet approved the agreement on the promotion and protection of investment with the Economic Cooperation Organisation member states.

Sources added that the government confirmed its willingness to open up its Keamari, Bin Qasim and Gwadar ports for Afghanistan and Tajikistan. Sources said that under the agreement, the two countries will be allowed to use the ports for all kinds of import and export purposes. Storage facilities will also be provided at the ports. Furthermore, no tax or duty will be imposed on the countries.

The cabinet meeting also approved the National Climate Change Policy framed under the guidelines of the UN Framework Convention on Climate Change, to tackle head-on the challenges posed by climate change. Pakistan had ratified the convention on June 1, 1994.