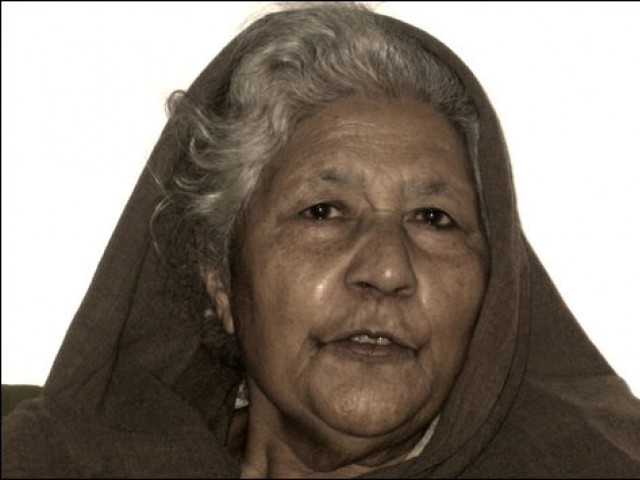 Noted short-story writer Bano Qudsia has been given the Kamal-e-Fun Award for 2010 by the Pakistan Academy of Letters. PHOTO: bbc.co.uk

Noted short-story writer Bano Qudsia has been given the Kamal-e-Fun Award for 2010 by the Pakistan Academy of Letters (PAL), said a press release issued in Islamabad on Wednesday.

The award is given to a literary figure for their lifetime’s achievements in creative and research work, said the press release.

In a press conference on Wednesday, Pakistan Academy of Letters Chairman Abdul Hameed also announced the National Literary Awards for 2009 and 2010. These awards are given for the best literary books written during the year in Urdu, Punjabi, Sindhi, Pashto, Balochi, Saraiki, Brahvi, Hindko and English.

After learning of her win, Bano Qudsia told The Express Tribune, “It is an honour that the academy and judges have bestowed upon me. It is the kindness of such institutions who acknowledge the hard work of others.”

Also speaking to aspiring writers, Qudsia noted that writers suffer from inconsistent writing that stands in the way of their success. “A writer should write every day, it takes discipline but that is the only way to get better, be self critical, and produce quality work.”

Iftikhar Arif, one of the judges, said that the awards are bona fide, as neither the jury nor the institution are under any pressure of class, political agenda, gender or provincial affiliation. “The nomination and judging process is very professional and representative; we have selections from every province in every language,” said Arif.

A testament to the credibility of the awards is that English language award recipient Ejaz Rahim was not aware he had won till he was contacted by The Express Tribune for comment.

Rahim was in a workshop in Lahore at the time, and said, “Usually if one is getting an award they are made aware a day or two before the actual ceremony, but finding out like this makes the award a real honour as its credibility is confirmed.”

He also noted that he is not the recipient of the award, but rather it is Additional Inspector General of Police Sifwat Ghayur, who was the inspiration and object of tribute for his poems. Ghayur was a respected police officer, who was assassinated by a Tehrik-e-Taliban suicide bomber in 2010. He had been serving as commandant of the Frontier Constabulary at the time.