Two dramas will be staged at the Rawalp­indi Arts Counci­l in the mornin­g on Wednes­day.
By Our Correspondent
Published: September 26, 2012
Tweet Email 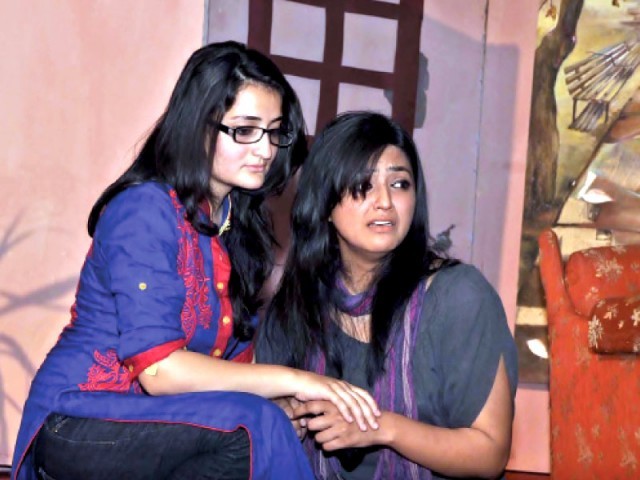 The story revolves around owner of a pharmaceutical company that floods the market with fake medicines. PHOTO: MUHAMMAD JAVAID/EXPRESS

The potential of Pakistani youth formed the core of a play presented by the Quaid-i-Azam University at an inter-college and universities drama competition here on Tuesday.

Written and directed by Meher Ali Shah, “Hum Kyun Chalein Iss Rah Per” (Why do we walk this path), was a thematically strong opening to the competition at the Rawalpindi Arts Council (RAC).

The story revolves around the owner of a pharmaceutical company that floods the market with fake medicine, killing many people.

As the events unfold, his daughter ends up exposing his corruption and gets him arrested.

Two dramas will be staged at the Rawalpindi Arts Council in the morning on Wednesday.