Rescue offici­als say around 2,000 villag­es have been hit by overfl­owing waters from Brahma­putra river.
By AFP
Published: September 24, 2012
Tweet Email 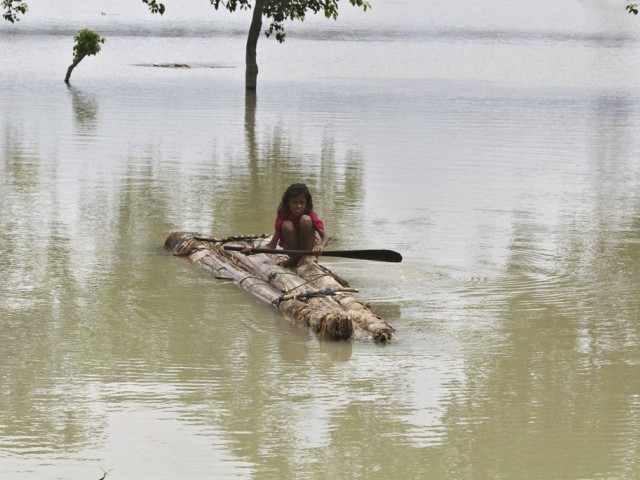 GUWAHATI: Devastating floods have forced more than one million people to flee their homes in northeastern India where authorities have called a health alert, officials said on Monday.

“So far 18 of 27 districts of Assam have been hit by floods with more than one million displaced and 11 people drowned in separate incidents in the past week,” the Disaster Management agency said in a statement.

Rescue officials said around 2,000 villages have been hit by overflowing waters from the rain-swollen Brahmaputra river.

Himanta Biswa Sarmah, the health minister of Assam state, told AFP that a “maximum health alert” has been sounded in the devastated zone.

The victims have moved to temporary shelters on higher grounds in Assam where flood waters have also swamped wide swathes of farmland, other officials said.