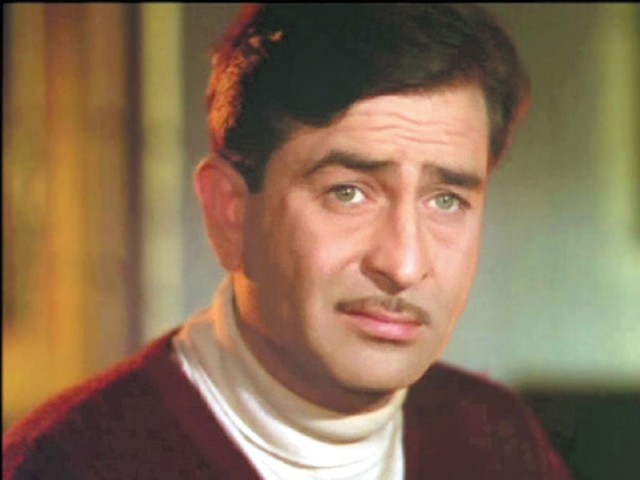 Ranbir Kapoor has expressed his desire to attend the inauguration of the museum along with his family. PHOTO: MUHAMMAD IQBAL/EXPRESS

The walled city of Peshawar has a stronger Bollywood connection than many would expect. The roots of three B-town legends can be traced back to its bustling streets — Dilip Kumar (Muhammed Yusuf Khan), Shahrukh Khan and Ranbirraj ‘Raj’ Kapoor. Seemingly lost in oblivion over the years, Raj Kapoor’s ancestral home is to be converted into a museum by the end of this year.

The house is situated in Mohallah Dhaki Munawar Shah, inside the walled city, where on December 14, 1924, Raj Kapoor was born to Prithviraj Kapoor — who played his first lead role in Indian film Cinema Girl in 1929 — in a house owned by his grandfather D Bashisharnath.

Shaikh Amjad Rasheed, the chairman of IMGC Global Entertainment in Pakistan, has taken the initiative of renovating the haveli and converting it into a museum. Elaborating on the project, Rasheed tells The Express Tribune, “We are planning to renovate Prithviraj Kapoor’s five-storey house and turn it into a museum. We are in continuous interaction with the Khyber-Pakhtunkhwa government and hope that we will soon get the green light to acquire the house from its present owners as soon as possible.”

While he clarified that he has not yet been informed of any such endeavour, Minister for Culture Mian Iftikhar Hussain, tells The Express Tribune that anyone who is taking such an initiative is “more than welcome” and that the K-P government aims to work hard to promote culture and arts as much as they can, while defeating terrorism.

The house still stands in its original condition in Ander Shehr, but its illustrious inhabitants, Raj Kapoor and Prithviraj ji, moved to Mumbai a long time ago. Back then, the film stars were Peshawar’s exports to the world.

Speaking more about the cultural significance of the house, Rasheed explains that it is a source of pride for the inhabitants of Peshawar and they would like to protect its rich heritage. He elaborates that the house is of great historical significance to the city and should be rightfully preserved and dedicated to Raj Kapoor’s life and work.  Careful renovations will take place so that the house is appropriately rehabilitated, keeping its original structure intact.

He claims that the plans for the upcoming project have also been shared with Raj Kapoor’s grandson, Bollywood actor Ranbir Kapoor, who Rasheed says was “extremely happy” to hear the news. Rasheed also says that the young actor expressed a keen desire to visit Peshawar along with his family for the inauguration of the museum.

The Khyber-Pakhtunkhwa government had granted the status of ‘national heritage’ to home of the Indian film industry legend Dilip Kumar. It is situated in the narrow alleys of Mohalla Khudadad near the historic Qissa Khwani Bazaar (Market of Storytellers).

To make it official, Rs30 million were allocated to purchase the house and complete repair and reconstruction work on the dilapidated structure. It was to be completed in a few weeks and then be opened for tourists and art lovers in the city. However, the plan was not seen through because of a dispute over the ownership of the historic property.

Megastar Shahrukh Khan also has strong ancestral bonds with the walled city. Not only was it his father’s birthplace, but his entire paternal family also stems from the region and many of his relatives reside there today. “We feel proud of Shahrukh whose fans give us exceptional regard when they come to know that we are his cousins”, Maqsood Ahmed, one of Shahrukh’s cousins living in Peshawar, told Times of India in an earlier report. He said that Shahrukh visited Peshawar twice, along with his father; first in 1978 when he was 13 and then again in 1980, when he stayed with his family for a month in the city.