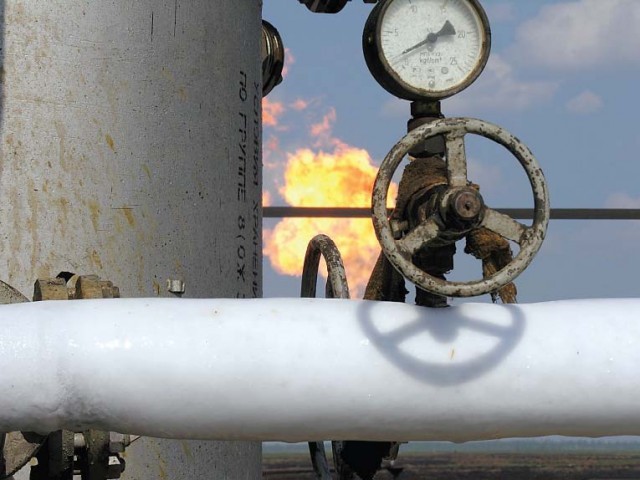 they will now receive gas supply directly from different gas fields, without having to rely on gas utilities. PHOTO: FILE

A plan to provide $400 million from receipts of the Gas Infrastructure Development Cess (GIDC) to fertiliser firms is under study, in order to subsidise the building and laying of gas transmission lines. The GIDC is a tax imposed on gas consumers, to generate funds meant for gas pipelines and LNG import projects.

The plan will help save fertiliser plants from the impact of load-shedding; they will now receive gas supply directly from different gas fields, without having to rely on gas utilities.

The move is likely create controversy, as the GIDC was imposed on gas consumers to fund gas pipeline projects of national importance, following US opposition to the Iran-Pakistan gas pipeline project and subsequent backing out of donors and financiers. A part of the revenues raised under the tax was also meant to finance LNG import projects, and the Turkmenistan-Afghanistan-Pakistan-India gas pipeline project. The government now seems ready to utilise the funds to subsidise fertiliser manufacturers.

At present, as progress on these projects remains sluggish, the Ministry of Petroleum has now agreed to a proposal put forth by the fertiliser industry; which asked for funds for a transmission and distribution network from dedicated sources of gas.

Sources told The Express Tribune that the Economic Coordination Committee (ECC) of the Cabinet is expected to consider the proposal in its upcoming meeting next week.

Fertiliser firms have supported the plan, which will divert gas to their plants from dedicated fields controlled by the Oil and Gas Development Company (OGDC), Mari Gas and MOL Pakistan. Under the plan, the petroleum ministry has proposed to dedicate supply of 202 million cubic feet of gas per day (mmcfd) to the fertiliser industry. OGDC will dedicate 130mmcfd gas from the Kunnar Pasakhi Deep field; 15mmcfd from OGDC’s new Bahu field; 10mmcfd from OGDC’s new Reti Maru field; 22mmcfd will be provided by the Mari Gas Company; and 25mmcfd will be diverted from MOL’s Makori East Tal Block.

The ECC, in its meeting held on August 16, 2012, had approved the petroleum ministry’s proposal to allocate gas from existing or new discoveries for the fertiliser sector, especially the four fertiliser plants on the Sui Northern Gas Pipelines (SNGPL) system.

The ECC had also directed the finalisation of a detailed plan in consultation with relevant stakeholders for the submission of a summary for approval. The Ministry of Petroleum had initiated a consultative process with various stakeholders to finalise the plan, which is now ready to be tabled before the ECC for approval.

“The fertiliser industry has projected a cost of $300-400 million, for the entire 1,000 kilometre pipeline to be laid by gas utilities, including SNGPL and Sui Southern Gas Company Limited,” a source in the fertiliser industry said; adding that the operating and maintenance cost of the pipeline will be recovered from gas consumers. The Oil and Gas Regulatory Authority will require an amendment in rules to allow the income on account of operating and maintenance costs.