Miscarriage: What the doctors say

Miscarriage: What the doctors say

Things you need to know about a miscar­riage.
Published: September 25, 2012
Tweet Email 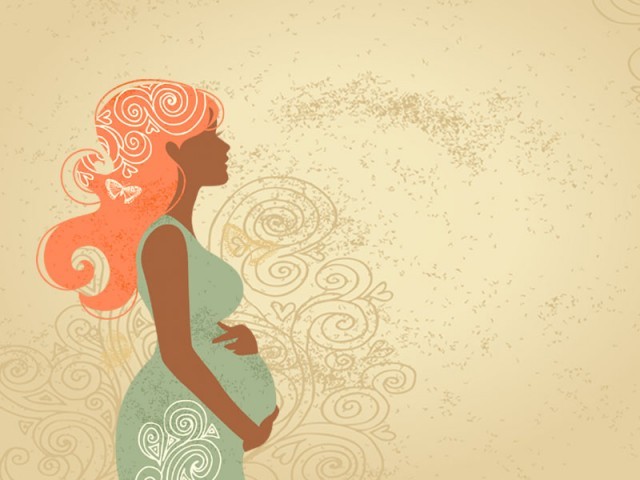 Things you need to know about a miscarriage. DESIGN: ESSA MALIK

Signs that you are having a miscarriage:

According to the pregnancy Bible, What To Expect When You’re Expecting, the following symptoms may indicate a miscarriage: bleeding with cramps or pain in the centre of the lower abdomen or back; persistent pain for 24 hours without bleeding; heavy bleeding without pain; persistent light staining that continues for three days or more. Clots or grayish matter may be passed. If the doctor finds that membranes around the foetus are broken, a miscarriage is in progress.

What to do when it happens:

If you suspect that a miscarriage is in progress, immediately contact your doctor. If possible, save the foetal and placental material passed in a clean jar and take to the hospital.

In case of repeat miscarriages (which are rare), this may be useful in analysing why it took place. Most miscarriages occur because of a defect in the embryo and can’t be prevented.

According to Dr Sadiah, who practices at the OMI hospital in Karachi, “There is no substantial evidence of any treatment, medicine or injection working to prevent a miscarriage. This is nature’s way of ensuring survival of the fittest.”

Your doctor may prescribe you medicine to expel the remnants of the pregnancy from the uterus and antibiotics to prevent infection. You may also ask for pain medication.

A D&C is required when the miscarriage occurs but is not complete or if the foetus is not alive but has not yet passed out of the mother’s body.

In such cases, the foetal and placental tissue is scraped out in a procedure known as Dilation and Curettage (D&C).

Remember it is not your fault:

Miscarriages are caused mostly by chromosomal and other genetic abnormalities in the embryo. In a normal pregnancy they are NOT caused by exercise, having sex, working hard, lifting heavy objects. People may tell you that your miscarriage occurred because you were wearing long heels, climbing stairs, going to your mom’s house, eating something, not eating something, or even because of a lunar or solar eclipse. There is NO medical evidence for these assertions.

Dr Azra Ahsan, a practicing gynaecologist and technical consultant for the National Committee for Maternal and Neonatal Health, says: “I have patients who pointedly and repeatedly ask me in front of their husbands and mothers-in-law if the miscarriage was caused by something they did. They are probably getting blamed for what happened at home.” “This is the height of jahaalat,” says Dr Sadiah. There is no need to compound your misery by feeling guilt for what happened. A woman’s miscarriage is not caused by anything that she did or did not do.

There is no ‘normal’ grieving period:

You are likely to experience feelings of intense grief and loss after a miscarriage. The time you take to get over this trauma depends on you; each person is unique and has her own way of dealing with these emotions. “Some take it in their stride. Others seem to be coping well but are hurting inside,” says Dr Sadiah. According to Dr Azra, “If it’s a wanted pregnancy, it may even feel like the death of a close one.” Your husband may be as upset as you are or he may be more saddened by your feelings of grief.

Psychological counselling is hard to come by in Pakistan since doctors are busy trying to save lives and dealing with the physical aspects of medical problems. Hook up with an online support group or make sure you share your grief with friends who’ve undergone similar experiences “No one can share the grief of a woman as well as another woman who has undergone the same experience,” says Dr Azra.

You are likely to have a successful pregnancy next time:

Doctors believe that early miscarriages occur in as many as 40% to 65% of conceptions. More than half occur so early that they pass for a normal or heavier period. Your miscarriage is likely to be a random, one off event and you are likely to have a successful pregnancy in the future.

What you CAN do to prevent a miscarriage:

Environmental factors that may play a role in miscarriages are poor nutrition, infection, smoking and alcohol. To ensure a healthy pregnancy, check thyroid levels, use iodised salt, get chronic conditions under control before conception, avoid excessive physical stress such as heavy exercise and lifting extremely heavy objects. One crucial factor in a Pakistani context is cousin marriages which cause the gene pool to shrink. “Because of inbreeding the chromosomal material is not viable,” says Dr Sadiah. “Do not keep marrying generation after generation in the same family.”

It is important not to rush into another pregnancy after a miscarriage:

Your body needs time to recover. You might be facing immense pressure from your in-laws to get pregnant again as soon as possible. Dr. Sadiah says, “Pointed questions are asked about the woman’s period which suddenly becomes public knowledge. Even the father-in-law has to know about it!” However, if you want a happy conclusion for your next pregnancy, resist this pressure and wait at least six months before trying to conceive again.

SanaSafinaz keeps you coming back for more