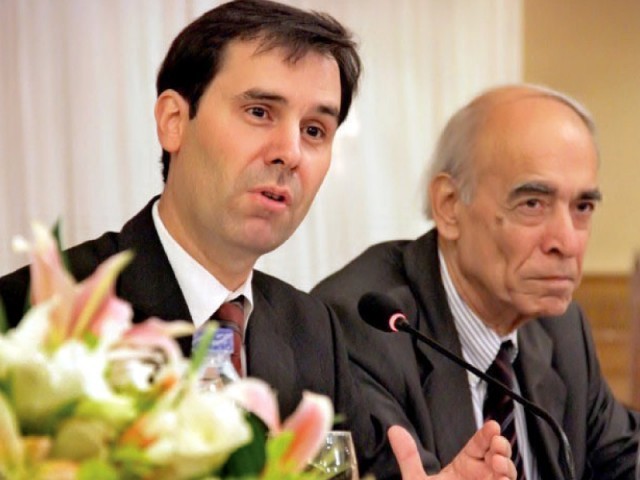 ISLAMABAD: The visiting United Nations panel on enforced disappearances on Thursday advised Pakistani authorities to strike a balance between compulsions imposed by the war on terror and human rights considerations, as it indirectly blamed security and intelligence agencies for the missing persons cases.

At a news conference to wrap up their 10-day mission to Pakistan, the UN Working Group on Enforced or Involuntary Disappearances (WGEID) team saw a link between the fight against terrorism and the rising number of missing persons and called for respecting human rights by the law enforcement agencies.

“The working group acknowledges these threats (terrorism) and the need for the state to ensure the right to life of their citizens,” read the 10-page report the working group issued at the end of its visit.

“However, it also underlines that actions taken to deal with security threats and in particular with terrorism must at all times respect nationally or internationally recognised human rights,” the report added.

“Human rights violations under the pretext of fighting terrorism can only lead to further violations,” the group mentioned in its report, based on its interaction with the families of missing persons and several federal and provincial authorities.

One of the key recommendations by the group was that the government should create clear rules and dedicated institutions in order to ensure the oversight and the accountability of law enforcement and security agencies.

It also called for changing a rule under which a military suspect could not be produced in civilian courts because this constitutes impunity.

The working group’s visit was snubbed by the leaders of several key institutions including the military, intelligence agencies and judiciary along with some opposition parliamentarians despite the fact that the government invited the mission.

With so many institutions and political actors opposing the visit, it is unclear whether the group’s findings would make any substantial difference except highlighting the cases of missing persons internationally.

The report said it was ‘regretful’ that leaders of higher judiciary (including Chief Justice Iftikhar Mohammad Chaudhry), military hierarchy, intelligence agencies and provincial police departments refused meetings with the group.

It questioned the roles of both the inquiry commission set up by the government to recover missing persons and the judiciary in exerting its authority on the agencies which operate with ‘extreme impunity’.

Though the report avoided levelling any direct allegations, it said in most cases ‘there is a pattern of enforced disappearances, imputable to law enforcement institutions in conjunction with intelligence agencies’.

The report also did not come up with an agreed figure of missing persons in Pakistan.

Quoting some private sources, the group said there were more than 14,000 people missing in Balochistan alone while the government authority put the figure below one hundred.