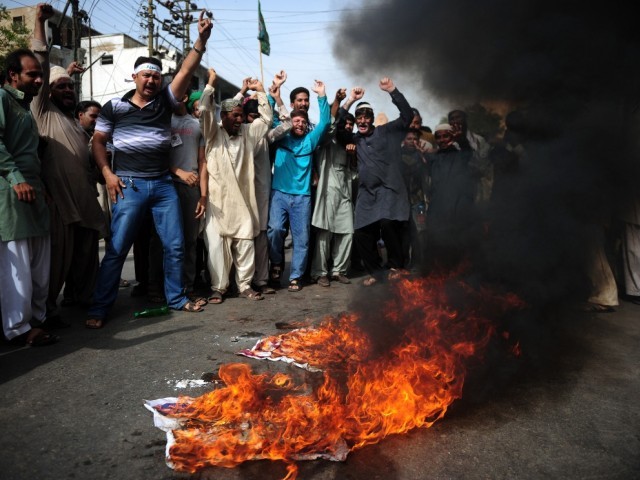 Police say there was no evidence against businessman, mob forced police to lodge blasphemy case against him. PHOTO: AFP/ FILE

HYDERABAD: A businessman was accused of blasphemy after he refused to take part in a protest against an anti-Islam film in Hyderabad and for allegedly trying to convince others to not take part in the protest, the Associated Press (AP) reported on Wednesday.

Pakistani officials said that they have launched an investigation into the accusations, the report said.

Police officer Munir Abbasi told AP that hundreds of protesters in Hyderabad demanded that the shops of the businessman be shut down as action against him.

According to the report, one of businessman’s tenants said that the decision against joining the protest supported the blasphemous film.

He added that there was no evidence against the accused, but the mob forced the police into lodging a blasphemy case against him.