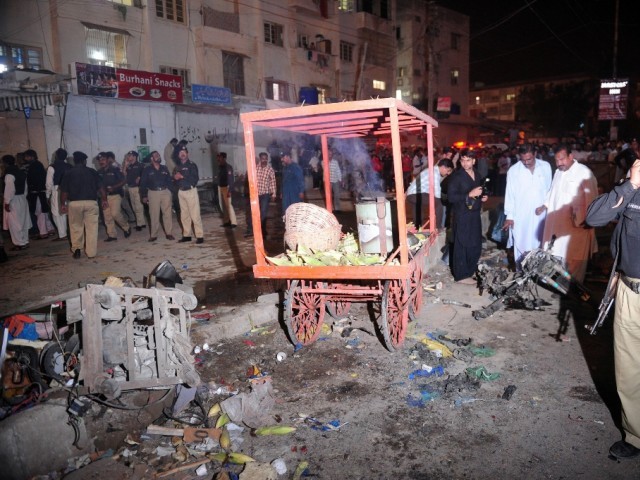 The blasts ripped through the city’s much-frequented market during rush hour as people were busy shopping. Most of the seven killed and over two dozen wounded belonged to the Bohra community.

According to police, the sketch is of a person who had stolen the motorcycle used in the Hyderi attack.

Sources added that the sketch was made with the help of the owner of the stolen motorcycle.

“Ball bearings have been used before in similar explosions by the sectarian terrorists,” he said, adding that “there is a possibility that Lashkar-e-Jhangvi (LeJ) might be involved.”

While police is still investigating the case, some officers also suspected involvement of the banned separatist group – the Baloch Liberation Army (BLA).

On August 13, the eve of Pakistan’s Independence Day celebrations, police was tipped off about presence of a bomb in the same market. It was defused and SP Mashwani had then pointed at BLA.