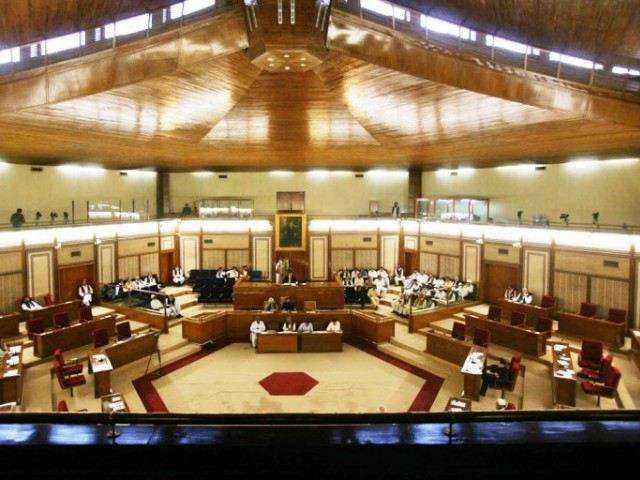 QUETTA: Lawmakers in the Balochistan Assembly on Tuesday condemned the anti-Islam film “Innocence of Islam” as a “deliberate attempt to hurt the religious sentiments of Muslims”.

They said Islam is a religion of peace and tolerance, but Muslims would not tolerate blasphemy against their faith.

During the assembly session, senior legislator Jaffar Khan Mandokhel defended violent protests against the incendiary film as an “expected reaction”.

“The killing of four US diplomats, including their ambassador, by frenzied protesters in Libya was wrong, but such reaction to the blasphemous movie was very much expected,” he added.

Irrigation Minister Sardar Aslam Bizenjo said Muslim countries should devise a joint strategy against such anti-Islam acts, which have become common in the Western world.

He expressed concern over the use of force against protesters in some cities.

Minister for Quality Education Jan Ali Changezi dubbed the anti-Islam film intentional provocation. “The right to free speech does not mean hurting the sentiments of people from other faiths,” he added.

Speaking on a point of order, lawmaker Sultan Tareen alleged that Pashtoon students were being harassed in the Balochistan Residential College (BRC) in Khuzdar. He asked the authorities concerned to provide security to the students.

Jaffar Khan Mandokhel said rifts were being created between the Baloch and Pashtun who have been living together for centuries.

Speaking on another point of order in the house, Agriculture Minister Asad Baloch said that recent floods claimed several lives, swamped villages and destroyed crops in Balochistan but the federal government appears to be unmoved.