Operat­ion took place after taking all stakeh­olders of the shrine­s on board. 8 graves also reloca­ted.
By Our Correspondent
Published: September 13, 2012
Tweet Email 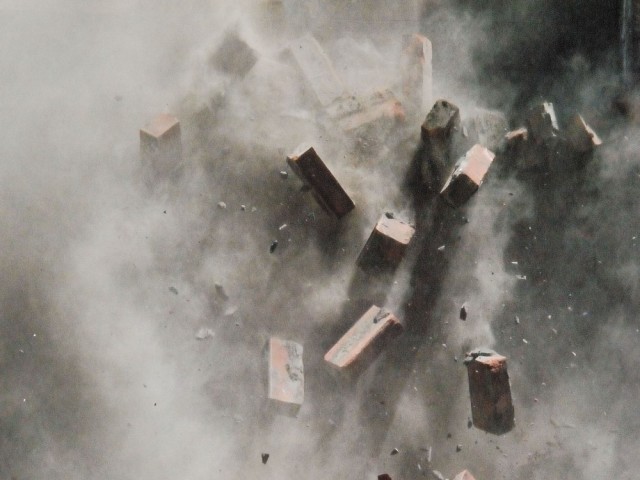 Operation took place after taking all stakeholders of the shrines on board. PHOTO: FILE

LAHORE: The Lahore city administration demolished five shrines and relocated eight graves which posed an obstruction in the construction of the proposed Metro Bus Lane.

The graves relocated included three at Baba Chatri Wala Shrine, one at Boorwala Chowk Lytton, those of Peer Qamar Ali Shah and Peer Dashanday Shah at Camp Jail Ferozpur Road near Ichra and two graves at the shrine of Peer Gazi Road near the PTCL exchange.

The grave of Baba Chatri Wala, along with two of his devotees’, was shifted to Gao Shala, while the two graves from Ferozpur Road and the grave from Borwala Chowk Lytton were formally buried at Miana Sab. Two other graves from Peer Gazi Road were shifted to Guldast Colony, Ferozpur Road.

The operation was supervised by Administrator City Saira Omer and AC Model Town Amna Munir along with Director Estate Management LDA Nouman Khan in the presence of heavy police contingent. The caretakers of the shrines, however, did not put up any resistance during the operation. The operation was conducted with extra care in dismantling the engraved areas, the officials said.

Officials of the city government said that had they carried out the operation during the day, it would have instigated a huge protest by people. They said that since all the stakeholders of the shrines were taken on board, the operation went smoothly.