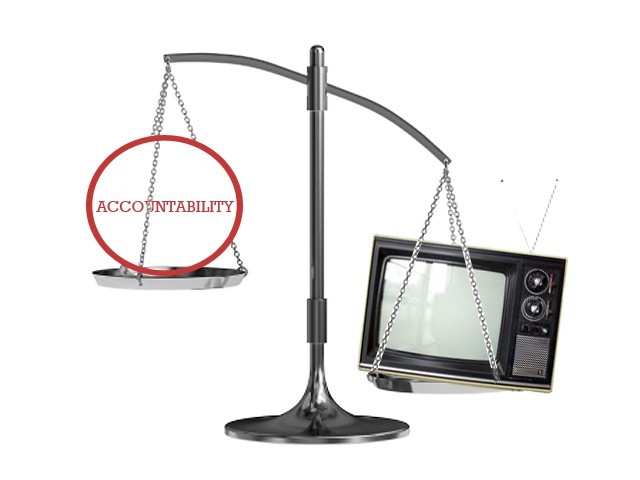 Hamid Mir, Absar Alam give details to media regarding the misuse of tax payers' money for government's propaganda.

ISLAMABAD: The Supreme Court of Pakistan directed the Auditor General of Pakistan to present a three-year record of the Information Ministry, while hearing the media accountability petition on Thursday, reported Express News. The petition was filed by TV anchors Hamid Mir and Absar Alam.

The court also directed the Federal Investigation Agency (FIA) and Securities and Exchange Commission of Pakistan (SECP) to present the record of advertising agency Midas.

Speaking to the media after the hearing, Mir said that the petitioners have presented figures to the court which revealed that Information Minister Qamar Zaman Kaira’s lawyer Abid Sakhi had misguided the court. Mir also called for action to be taken against the lawyer.

Alam said that they were fighting a war against those media owners who become agents of the government and use the tax payers’ money for their personal gains.

“We have submitted details of the supplementary grants, which have not been mentioned anywhere in the budget,” Alam mentioned.

Mir also claimed that the central office of APNS is being constructed in Karachi with the funds of the Information Ministry.

“The credibility of media in Pakistan has been hurt by some ‘black sheep’. Some anchors who are not journalists are being bought, which is a threat to the free media. Fingers are being pointed at us as well because of their corruption,” Mir maintained.