Invest­igatio­n to look into the cause of fire, civil defenc­e system availa­ble, extent of neglig­ence on the owner's...
By Our Correspondent
Published: September 12, 2012
Tweet Email 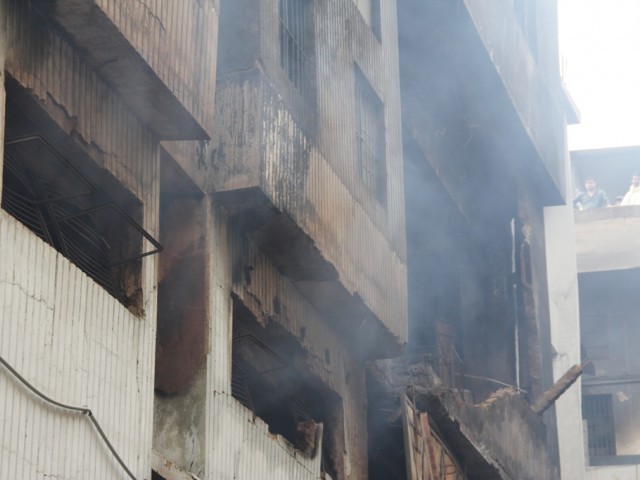 Investigation to look into the cause of fire, civil defence system available, extent of negligence on the owner's part. PHOTO: AYESHA MIR/ THE EXPRESS TRIBUNE

KARACHI: The Sindh government has appointed Justice (retired) Zahid Qurban Alvi on Wednesday to investigate the fire that broke out in a garment factory in the Baldia Town area of Karachi, killing around 289 people.

An inquiry officer is asked to submit the findings within a week.

The investigation will look into the cause of the fire, the kind of civil defence system available inside the building and the extent of negligence on the owner’s part.

Sindh Governor Ishratul Ebad announced a day of mourning in the city. He said that not only would action be taken against the factory owners, but officials of SITE, the labour department and civil defence would not be spared either. “The negligent officers of these departments are equally responsible,” he said.