Says US should not give foreig­n aid to countr­y whose govern­ment is tortur­ing the man who helped kill Osama bin Laden.
By Huma Imtiaz
Published: September 11, 2012
Tweet Email 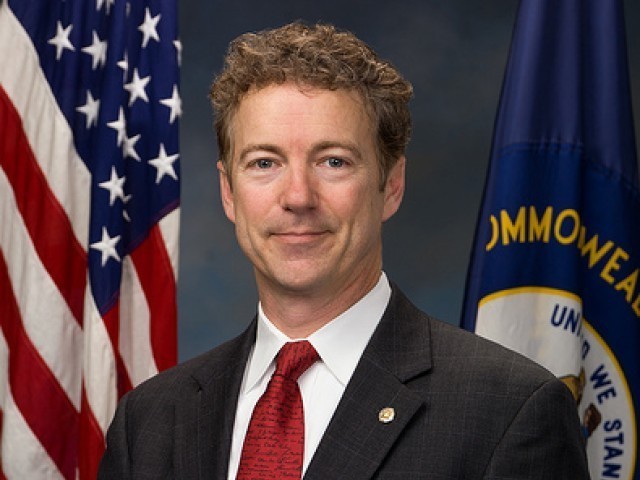 Says US should not give foreign aid to country whose government is torturing the man who helped kill Osama bin Laden. PHOTO: PAUL.SENATE.GOV

WASHINGTON: US Senator Rand Paul has threatened to hold up the business of the US Senate until his bill to block assistance to Pakistan over the matter of Dr Shakil Afridi’s imprisonment is not brought forward to the Senate for a vote.

In a letter to Senate Majority Leader Senator Harry Reid, Senator Rand Paul says he is prepared to pursue “any and all means” to secure a vote on his bill immediately. His letter states that this may include objecting to other Senate business and recessing the Senate for the election.

The letter came after Fox News interviewed Dr Shakil Afridi, who helped the CIA in the quest to find Osama Bin Laden and verify his identity in Abbotabad through a fake vaccination scheme. The letter, penned by Senator Paul, is in response to Dr Afridi’s claims that he was tortured by the Government of Pakistan.

According to a statement, Senator Paul said, “I will continue to work tirelessly to keep this issue front and center. America should not give foreign aid to a country whose government is torturing the man who helped us kill Osama bin Laden. We should not be giving foreign aid to any country that is not clearly our ally. This must end, and this week I will renew my push for a vote on this issue, including holding up Senate business to accomplish this goal.”

Senator Paul, in his letter, said, “No foreign government as blatantly defiant of American priorities as Pakistan should benefit from billions upon billions of American taxpayer dollars. It is time for that practice to come to an end.”

The text of his letter can be found here.

Correction: An earlier version of this article’s headline incorrectly stated Lower House instead of US Senate. The error is regretted.