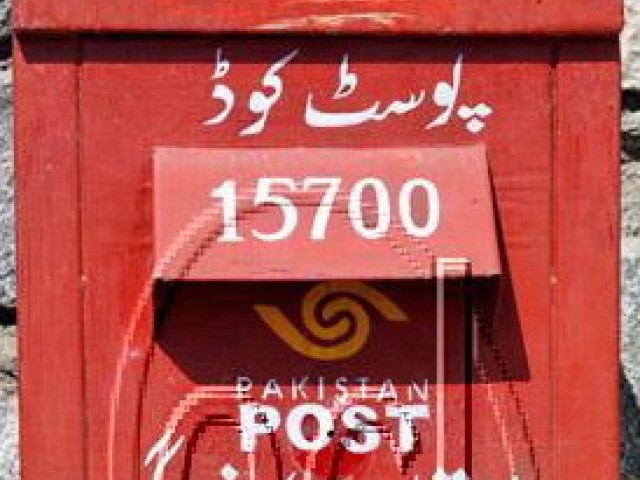 Out of total funds, Pakistan Post has provided Rs100 million to vendor Telconet, who has installed the system and will supervise it, an official said.

Pakistan Post has launched an Electronic Money Order (EMO) service at seventeen centres in ten districts of the country on Monday. The service has been initiated with an investment of Rs500 million in a centralised software system, without taking the network of competitors doing business in this field into account, The Express Tribune has learnt.

Out of total funds, Pakistan Post has provided Rs100 million to vendor Telconet, who has installed the system and will supervise it, an official said.

Although the service has been initially launched at seventeen locations in 10 different cities, the investment on the system is difficult to justify, the official added. Service charges are comparatively low, as compared to the Easypaisa and UBL Omni services, but the network offered by Pakistan Post cannot beat that offered by its competitors, he maintained.

For a transfer of Rs10,000, Pakistan Post’s charges are Rs160 less than charges received by competitors, the official added. The whole service, he claimed, is based on the very innocent assumption that the customer considers only service charges, while ignoring the time factor and load on the system. “It seems that no cost-benefit analysis has been carried out, and that the lower prices will only translate into lost revenue. The service should have been competitive in all respects: including service charges, availability of service, available timings and the quality of service,” he added.

“If I have to collect, say, Rs10,000 from the Lahore General Post Office (GPO), I’ll have to travel more than an hour – all the way from Wapda town to Mall road – and spend nearly Rs200 worth of fuel. I would rather prefer to collect this amount at a point nearest to me, saving both time and money,” Muhammad Imran a customer at the Lahore GPO, told The Express Tribune.

Another point to consider is the system itself, and the marketing strategy employed. The Easypaisa system utilises the cell phone network. All Easypaisa merchants and service centres use mobile phones to carry out a transaction, whereas the system available to the Pakistan Post is based on desktop computers and a virtual private network system. This equipment requires uninterrupted power supply, a difficult-to-meet requirement in times of heavy load-shedding.

As far as marketing strategy is concerned, the Pakistan Post website has yet to be updated with relevant information regarding this service. Furthermore, no customer care helpline number is available.

Postal Service Secretary Raja Akram Ul Haq has said the service has been introduced initially at 11 centres, but will be expanded to 83 centres in time. He said that other companies offering such services have faced shortages of cash, but Pakistan Post will avert such possibilities. “Uninterrupted electricity to the Pakistan Post system will also be ensured,” he was quick to add. “The system will be shifted to solar power at all post offices in various phases.”

“It is expected that the new system will be a good revenue generating initiative,” Haq maintained.

Telconet Project Director Ali Shayeen said that every GPO has generators to provide electricity to the system. The cost of service is very low as compared to competitors, and the system will spread its network to the grassroots level to facilitate the masses, he added.