Who's hogging your newsfeed

Who's hogging your newsfeed

Here are some people who can ruin your Facebo­ok experi­ence (or have you coming back for more!).
By Saba Khalid
Published: September 8, 2012
Tweet Email 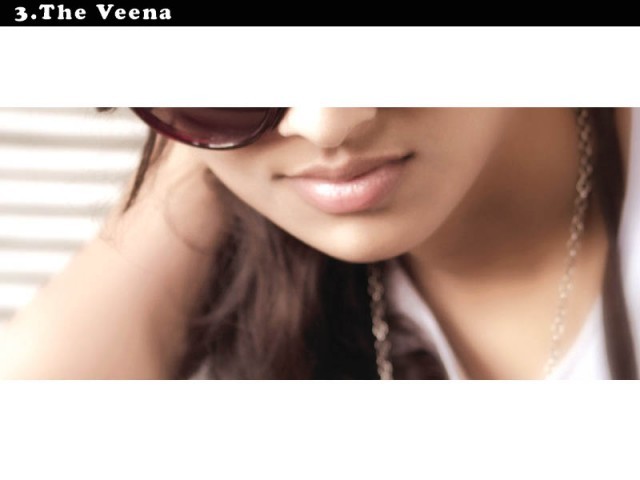 Growing up, you’ll always have that one slightly saucy friend who wanted to explore her sexuality but couldn’t because she was restricted by her parents, society and judgmental little school girls. DESIGN : AMNA IQBAL

How many times do you sign into Facebook to see ‘what’s happening’ every day? Regardless of the fact that I hate Facebook’s spiffy, new, improved and shiny look, I still find myself scrolling through my News Feed at the speed of lightening.

But during my few hours of relieving stress and bringing some sanity in my life, all I get to read on my News Feed are ridiculous status updates, pictures and comments, which literally make me want to smash my computer.

Here are some of those annoying people on Facebook hogging my News Feed.

The shoda travels quite a bit. And of course, being the shoda, he loves to tell people on Facebook about it. Now if he simply updated his status with, “Guys, in Berlin at the moment. Lovely weather”, I’d be okay with it. But when he says oh-so-casually, “With Berlin’s beauty behind me, I’m sitting here, sipping affogato in a quaint cafe and looking out the window at a beautiful Paris sunset” — it gets to me. Especially because the closest thing to a sunset near me  is that ugly orange folder filled with pages and pages to edit.

This person goes out of his house a lot, so he needs to show-off that he has a life and friends. This usually means I’ll know exactly when, where, and who he goes out with for coffee or dinner. And it doesn’t just stop there. This guy checks himself in at places he shops at, when he goes to work (which, by the way, isn’t very often), where he gets his hair cut and where he gets his shoes fixed. And he’ll tag anyone who was with him during the process — so employees, mochis and hairstylists should beware.

And of course, the friends who aren’t tagged in his check-ins, somehow always complain, “Arey mian, humain bhool gaye?”

Growing up, you’ll always have that one slightly saucy friend who wanted to explore her sexuality but couldn’t because she was restricted by her parents, society and judgmental little school girls. Then, she goes off to college in England — and boom! All the clothes suddenly come off and she’s ‘hanging out’ with a bunch of gora boys. You know this, because every day you’re forcefully exposed to a gazillion pictures from her “crazy” night(s) out at the pub. While you spend your nights watching “Humsafar” with your daadi, the pubs keep getting cooler; her minis keep getting shorter; the boys keep getting hotter; and her eyes keep getting glazier. And you are left in a vicious  cycle of judgment, hate, envy and then judgment all over again.

When the campaigner updates his status with, “3 Shias dead, AND THE WORLD SLEEPS” (all upper case, mind you), and it’s only been three minutes since the news was announced, it annoys me to no end. By updating his status, he isn’t any better than any of the rest of the ignorant world. What has armchair activism ever achieved?

This guy has all the time in the world to dig up unfunny memes with some weird pictures created by some really farigh people. All day, he spends his time on Facebook and likes them, shares them with his friends and always comments, “EPIC yaaaaar”. Trust me, the joke is never epic.

For me all this “epicness” means my News Feed will be exploding with not-so-funny cats and babies saying things they’ll never really say.

This girl is perpetually heartbroken and everyone from her chacha on Facebook to her mama on Twitter must know all about it.

She doesn’t care if there is still good left in the world. Broken-hearted girl just cannot see past the pain of rejection and betrayal. So every day, she will post a status like: “You had my heart inside your hand and you played it to the beat”.

She will sap out all your positive energy and make you want to kill yourself and/or her. Why can’t the witch just eat some candy and get over it already?!

These guys have some sort of talent — it maybe writing or doodling stick figures or making cupcakes out of garbage. Great, good for you! Now please keep it to yourself and don’t post your latest article, the lovely stick figure or your yummy cupcake every day. You’re talented, we’re all convinced, so shut up about it and go back to doing what you do best.

I can guarantee that even if you upload a picture of poop, someone on your Facebook friends list will instantly hit the like button in three seconds. You can post your suicide note and someone will like it. You can change your relationship status to ‘divorced’ and someone will like it. It’s sickening to see that even pictures of abused dogs and malnourished kids in Africa get liked.  For god’s sake, stop LIKING everything!

While the cricket jiyalas don’t bother you unless there is some huge match, the football sportscasters will update you with every non-consequential transfer goal and match all year long. They’ll get angry and fight like animals about their teams. Teams are like their tribes; their lifeline.

Cricket jiyalas come out of the dark when a big match is happening and whether you are watching the match or not, you will know after every minute how many balls are left, how many overs are left and how stupid the umpire is. I have a TV too, you know!

This guy has an account but he’s so cool and evolved that he “forgets” to check it. Just by being inactive, he’s trying to be better than all of us under-evolved monkeys updating our statuses with rubbish. If Facebook is so childish and stupid, why not deactivate your account altogether? I can bet he checks the thing pretty often but doesn’t admit it since it would ruin his image.

Do you blame him though? Because Facebook is like bad candy, no matter how disgusting it tastes, you put it in your mouth anyway and hope the taste has changed — only to be reminded that it tastes even worse than before.

Disclaimer: The author has been called No. 6 and No. 7 by her Facebook friends on various occasions.