There’s an air of repentance around Amir

There’s an air of repentance around Amir

Live on TV Amir did not stretc­h over the limits — the counse­lling he spoke of, religi­ous & mendin­g ways, had hit home.
By Faras Ghani
Published: September 8, 2012
Tweet Email 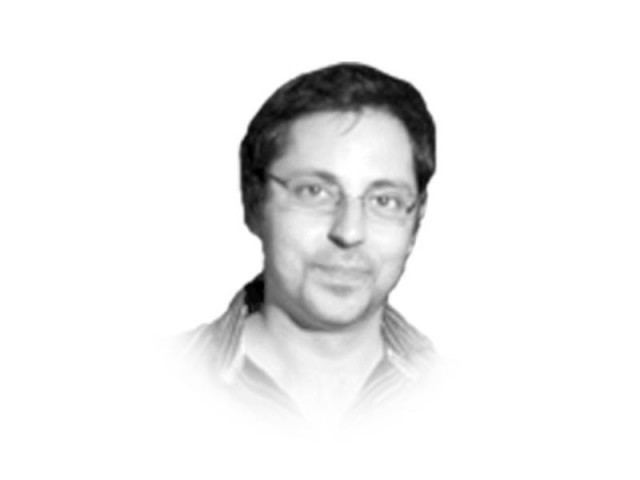 The writer is Sports Editor of The Express Tribune and author of the book Champions, again faras.ghani@tribune.com.pk

No, not the memories associated with bad hosts and largely irrelevant questions driving home an agenda but times when those straightened hair, now with streaks, remained ruffled, uncombed and unperturbed by worldly matters. My first sight of Amir was at the Lord’s training ground, a frail-framed boy scampering towards the assembly point for the squad, pads under one arm, bat in the other.

“Are you Amir?” I had asked, unfamiliar with the new faces the selectors had introduced for the 2009 World Twenty 20. He stopped, spikes drilled into the turf, smiled and replied, “Jee, I’m that fast-bowler.” He wanted to talk, perhaps, about himself and his bowling, maybe about why I had stopped him, since at that time, we were both strangers to each other. We didn’t get to talk any further as an angry voice demanded his presence in the huddle.

I managed a few meetings with him after that. What remained impressive every time were not his improving stats and the bulging bag of plaudits — and the sheer weight of expectations and lavished praise he easily carried on those frail shoulders — but his learning curve, an earnest evaluation of his performance and the child-like urge to soak in extolment that drove in from all over. He talked of his bowling — and I keep repeating this as I search to find a better metaphor — like a doctorate in his hands, coming off the field a different, better educated boy every time.

That live interview was no different — he seemed smarter, more mature and paced himself nicely. There was no stretching over the limits — an act that started the rot — and it seemed that the counselling he spoke of, both religious and of mending his ways, had hit home. Much needed after the gravity of the sin committed which, given the heights he had reached, had left the followers annoyed, then alarmed and finally aghast. The stench of betrayal as the allegations turned into conviction now felt like an aura of trust. The hosts, and some callers tried their best to make him falter on-air, working hard to entice him into a false shot but Amir seemed to have worked well on his defences and accuracy.

Their efforts bordered desperation, some even skirmishing with inanity but Amir was true to his words when he repeatedly said it was all about him and no one else. The unerring stance oozed steadfastness to achieve his next goal — make an international comeback — and aptly took me back to that first brief meeting when that ebullience that was sharing personal aims and celebrating success, seemed like the world to him.

Opinions may still differ, knives may still be out and the wait is still over two years (if the International Cricket Council refuses to budge). Pakistan cricket might produce another Amir — excusing blasphemy, even Wasim Akram, Waqar Younis or Shoaib Akhtar — in that time. But just like thousands tuned in to Veena Malik recently, sending her widely reported past to the darkest corners of their memories, it is hoped that Amir’s comeback, if he does return, will be greeted with memories of his trickery with the ball and not of his overly stretched leg. He needs to be forgiven and provided a helping hand, not because the country can’t produce another Amir but because this youngster — unlike politicians, policemen, milk-sellers and the thousands we come across regularly — has an honest air of repentance about him. After all, we trusted him with his honesty, integrity and conscientiousness for over a year when those hair were ruffled, uncombed and unperturbed by worldly matters.