Jirga’s verdict: Another teenage girl may fall victim to swara

Jirga’s verdict: Another teenage girl may fall victim to swara

The family has appeal­ed to the govern­ment to interv­ene in the matter.
By Fazal Khaliq
Published: September 8, 2012
Tweet Email 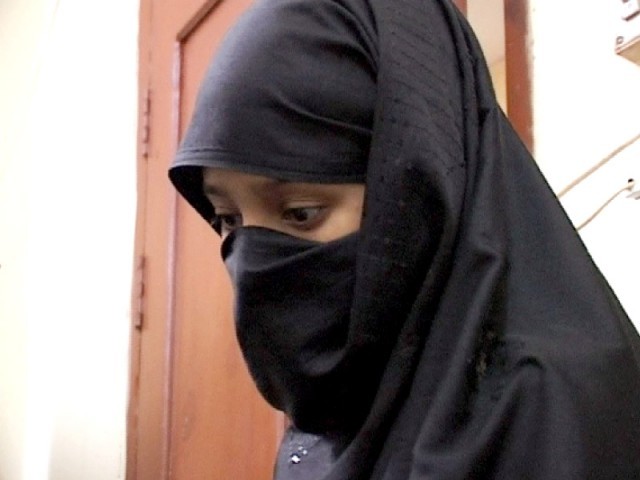 Intimidated by the decision, Sadia* wants an out. PHOTO: FAZAL KHALIQ/ EXPRESS

A 13-year-old girl will be married off to an old man to atone for her brother’s mistake, a jirga decided here on Friday. Her brother was charged with having an extra-marital relationship with a woman.

“They want me to get married to pay for my brother’s fault, but I don’t want to marry that man. I’d rather commit suicide than get married in this way,” she told The Express Tribune before bursting into tears.

Swara is a custom in the Pashtun belt where girls are forcibly married to men of rival families to settle feuds.

Sadia is not the only one upset about the jirga’s decision. Her second brother, Faheem*, said, “Our neighbours accused my elder brother of having illicit relations with a woman. He confessed and married her in court. But now her influential family and the jirga are bent on getting my sister married, which isn’t fair.”

He has sought the government’s assistance in the matter.

A representative of the jirga said that the family can either agree to the marriage or pay a compensation of Rs253,000 to the aggrieved family. Otherwise they will imprison all of them.

Attaullah Jan, a local lawyer, said marrying a girl against her will is illegal, according to the family laws of Pakistan. He called upon human rights’ organisations to intervene if the government fails to do anything.

District Coordination Officer Swat Kamran Rehman said that he had directed the district police officer and the district officer revenue to initiate an inquiry into the case. He added that action will be taken against the culprits if they are found guilty.