Pakistani Pele was a ‘football encyclopaedia’

Pakistani Pele was a ‘football encyclopaedia’

Ghaffo­r was the last man alive from when the Pakist­an footba­ll team was good enough to beat USSR, UAE and China.
By Natasha Raheel
Published: September 8, 2012
Tweet Email 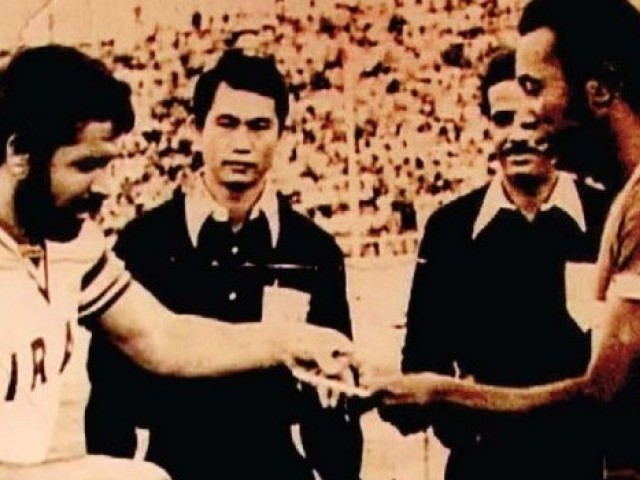 The demise of Abdul Ghaffor Majna, also known as Pakistan’s Pele, can be a perfect metaphor for Pakistan football.

Majna, who passed away yesterday after suffering from paralysis for over four years, was the last man alive from the days when the Pakistan football team was good enough to beat USSR, UAE and China – a far cry from the state of affairs right now.

He captained the side for 11 years, including the triumphant 1974 Asian Games campaign and, according to his son Abdul Wahid, Majna was the strategist and plotter in the side.

Majna’s career began aged just 14 with Calcutta Mohammad but, according to Wahid, the years of service ended in pain as the government turned a blind eye when the footballer fell ill and needed help.

According to Mohammad Rashid, who plays for Saifi Club that Majna founded and later trained young players at, the former captain was an encyclopaedia of football and an inspiration even at age 70. Prior to the brain haemorrhage and the subsequent paralysis, Majna would play football with his students and could instantly refer to any moment, even of an old football match, at the tip of his tongue.

“He was called Pele not only because his game resembled that of the great Brazilian but also because of his knowledge,” Rashid told The Express Tribune.

“He literally lived football. Even as an old man, he would come out and play. In fact, even at this age, he was a better dribbler than us younger ones.”

Majna’s Saifi Club now has more than 70 players who participate in different tournaments in Lyari, and Rashid, along with others, hope to carry on Majna’s legacy for years to come.