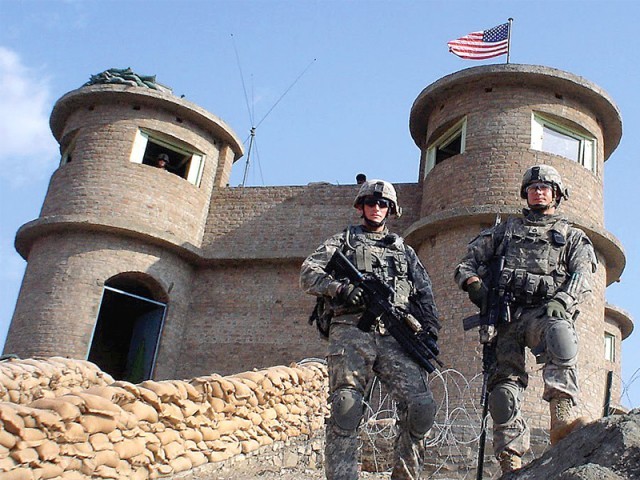 Pakistani government should have taken up matter with US and Afghan authorities for the release of its citizens, say Counsel. PHOTO: FILE

Talking to The Express Tribune, she said that 39 out of 50 foreigners held in the prison were Pakistanis. She regretted that neither the US nor the Afghanistan government had taken Pakistan on board in the process. She said being a big stakeholder, Pakistani government should have taken up the matter with the US and Afghan authorities for the release of its citizens.

She said the families of the prisoners were concerned about the Pakistani government’s ‘cold attitude’ regarding the matter.

She said the only option these families were left with was to approach a court seeking directions for the government to take initiatives for the release of its citizens.

“The government at least can try to ensure that the Pakistani prisoners are treated equally,” she said.

Afghanistan and the US, she said, had signed an agreement on March 9, under which the US will hand over the control of the prison to Afghan authorities on September 9. She said the prison also held terrorists detained by the US-led forces in the war against terrorism.

Referring to the report of the Open Society Foundation released on Thursday, Bilal said there was uncertainty about the fate of Pakistani prisoners.

She said she had taken up the matter of 10 Pakistani prisoners before the Lahore High Court (LHC) and expected that the court would provide relief to their families.

Speaking on behalf of Sultana Noon, who had filed a petition before the Lahore High Court seeking release of Pakistani prisoners, Bilal said the citizens had been detained at Bagram jail without any charge or trial since 2003.

Quoting from the petition, she said, they had been abducted from Pakistan and taken to the US prison in Afghanistan.

Justice Khalid Mahmood Khan of the Lahore High Court had issued several orders to the Foreign Ministry to take steps to bring back the Pakistani citizens.

At the last proceeding, the judge had directed the Foreign Ministry to present a copy of the letter written to the US authorities for confirming nationality of Pakistanis detained at Bagram jail.

The court would again take up the matter on September 26.