IP gas pipeline: Russia to know next week if they are in or out

IP gas pipeline: Russia to know next week if they are in or out

Countr­ies to conduc­t final round of talks on gas supply from Iran.
By Zafar Bhutta
Published: September 6, 2012
Tweet Email 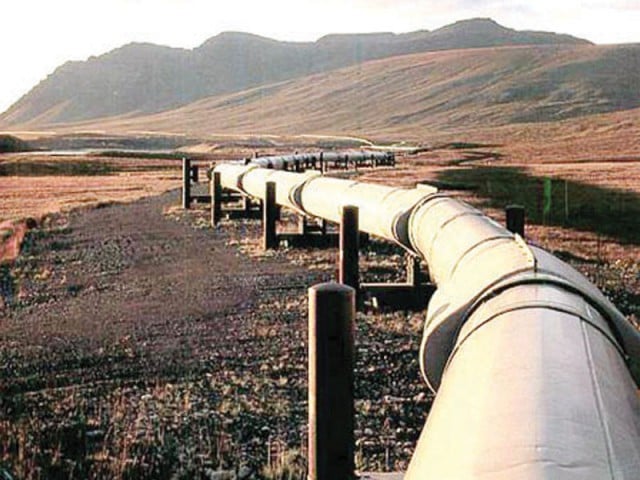 Pakistan is negotiating the construction of IP gas pipeline with Iran, China and Russia. PHOTO:FILE

ISLAMABAD: Pakistan and Russia are going in for final rounds of negotiations next week to decide whether energy giant Gazprom will participate in the project or not amid sanctions imposed by the US on Iran.

“If there is a breakthrough, Pakistan and Russia could sign a deal to award IP gas pipeline project to Russian energy giant Gazprom during the upcoming visit of Russia President Vladimir Putin to Pakistan next month,” a source said.

Under the energy cooperation programme, Pakistan wants to award the contract of IP gas pipeline without bidding as it is facing financial difficulty in raising finance due to sanctions imposed on Iran. Russia has also offered financing for the transnational Turkmenistan-Afghanistan-Pakistan-India (TAPI) gas pipeline project.

At present, Pakistan is negotiating the construction of IP gas pipeline with three countries – Iran, China and Russia. China has not still responded to the offer while talks are on going with Iran.

“We will award the IP contract to the country which first extends finance for constructing the pipeline,” the official said.

In the working group meeting, the Russian authorities offered $500 million for the Central Asia South Asia (CASA) electricity import project, which would bring electricity from Central Asian states. During the IGC meeting, the two sides would finalise modalities of the agreement.

Under the project floated in 2006, 1,000 to 1,300 megawatts of surplus electricity will be imported from Tajikistan and Kyrgyzstan. “US, World Bank and Islamic Development Bank (IDB) have also backed the project,” an official said.

Moscow has also agreed to finance rehabilitation of Guddu and Muzaffargarh power plants and a deal would be discussed during talks.

In addition to this, the two sides would discuss a deal for expansion of financially troubled Pakistan Steel Mills. They two countries last month had discussed ways of enhancing the capacity of steel mills with promise of Russian support.

Under the programme, the mill’s production capacity will be enhanced to 1.5 million tons per annum from existing 1.1 million tons. Initial cost of the project is estimated at Rs30.45 billion, though actual cost will be determined after a technical audit of the plant by a Russian company.