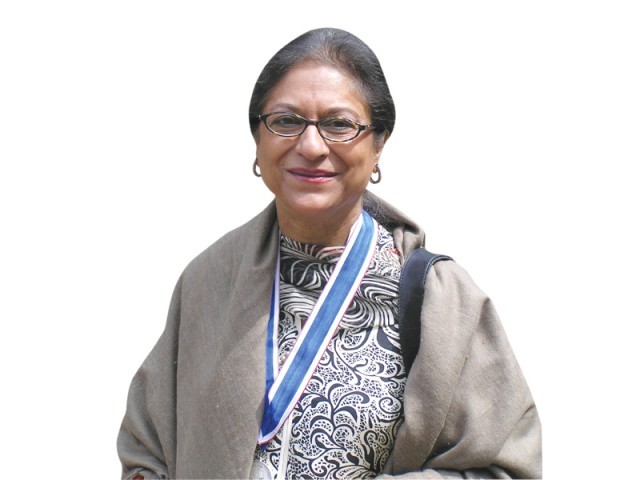 Asma, a former president of the Supreme Court Bar Association (SCBA), also suggested inviting a Scotland Yard (metonym for the headquarters of the Metropolitan Police Service of London) team to probe the case if the country’s institutions were not deemed trustworthy by the judiciary.

Talking to reporters at the Lahore High Court premises, Asma alleged the court was not meeting the requirements of delivering justice in the case against Arsalan in the Bahria Town scandal. She also rejected the appointment of Federal Tax Ombudsman Dr Mohammad Shoaib Suddle, the officer tasked by the apex court to investigate the case, after it barred the National Accountability Bureau (NAB) from investigating the matter.  She alleged that the apex court wanted to influence the investigations, as Suddle is said to have close links with Arsalan.

“The Supreme Court should ask the Scotland Yard to conduct the investigation into Arsalan Iftikhar’s case, if it has no confidence in the national institutions,” she said. Asma pointed out that Suddle also regularly accompanied Arsalan at various events. Therefore, he could not be expected to conduct a transparent investigation into the case.

Asma said Arsalan should, however, be given the benefit of the doubt. But she also reiterated that everyone should be treated equally under the law.

Criticising the court, she said if there were any questions over the NAB’s investigation team, then it could have been changed instead of forming a new inquiry team.