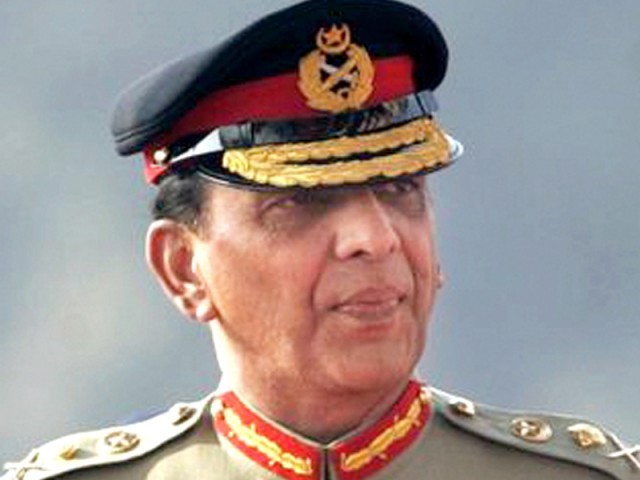 ISLAMABAD: Army chief General Ashfaq Parvez Kayani will walk into the corridors of the Kremlin this month, signalling the possibility of a marked shift in Pakistan-Russia ties marred by the Cold War rivalry.

Gen Kayani will become the first Pakistan Army chief to undertake a state visit to Moscow, though former military ruler Gen Parvez Musharraf did visit the Russian capital as the head of state in 2003.

Official sources confirmed to The Express Tribune that Gen Kayani would make the “historic trip” in the second week of September, marking the beginning of a new phase of otherwise troubled ties. He is expected to be given a warm welcome in Moscow, where he is scheduled to meet his Russian counterpart and also President Vladimir Putin, sources added.

Gen Kayani was originally scheduled to visit the former superpower in early August but the trip was delayed due to a series of meetings with US officials as part of rapprochement between Islamabad and Washington.

What does this visit mean?

The army chief’s visit is being seen as a significant development as it comes just weeks before the Russian president undertakes his first-ever visit to Islamabad in early October.

“We have turned a new page in our relationship with Russia. It is a major shift,” said a senior official at the foreign ministry requesting anonymity.

A senior military official added that the two countries would push for greater military-to-military ties during Gen Kayani’s trip. “Ironically, Pakistan and Russia have more points of convergences than Pakistan does with the Americans,” he added.

The two countries are thought to share similar views on the Afghan endgame and have voiced concerns over US military presence in the war-torn country beyond 2014.

“The old Cold War rivals are going to be strategic partners. And this will change the entire strategic map of not only Pakistan but also of Afghanistan and Central Asia,” said defence analyst Maria Sultan.

Pakistan and Russia had remained bitter cold-war rivals in the 1980s when Islamabad joined the US-led alliance which defeated the former Soviet Union in Afghanistan.

However, relations have shown gradual improvement in recent years with two countries seeking to bury their bitter past.

Increased cooperation is believed to be a cause of concern for the United States. Washington, an official said, was not expecting Putin to visit Islamabad.

“You will not see that much bullying of Pakistan. It is going to have a sobering effect on Pak-US relations,” argued Maria.

However, some experts have warned that Afghanistan may become a new battleground for regional and international players in the wake of this realignment, fearing that if Pakistan-Russia ties are about “strategic advantages and disadvantages,” it will have negative implications for the Afghan endgame.

A 30-member strong Russian ministerial delegation will also visit Islamabad on September 9 for a joint inter-governmental commission meeting. The meeting is part of preparations for the upcoming visit by the Russian president to Pakistan.

Moscow has shown interest in investing in the expansion of Pakistan’s Steel Mills and has also singnalled its willingness to fund the Iran gas pipeline project, whose fate hangs in the balance because of US sanctions on Tehran.