Our disregard for wildlife

Our disregard for wildlife

Unless govern­ment, wildli­fe agenci­es listen, we will be left with barren land as wildli­fe are neglec­ted, killed.
By Editorial
Published: September 1, 2012
Tweet Email 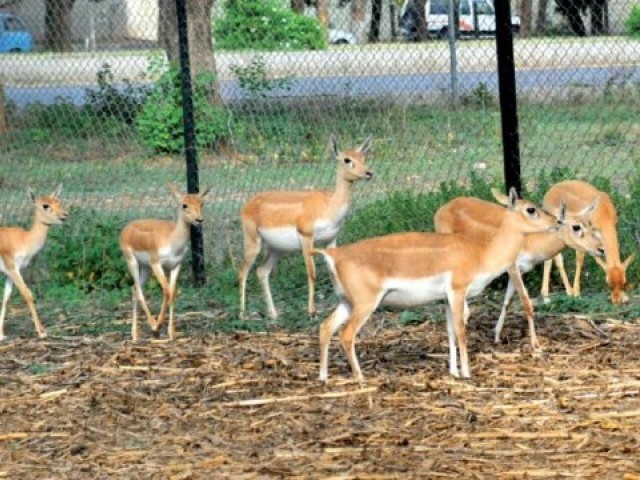 Of 5 hunters caught in Bahawalpur, three of them were reportedly government servants.

When we, as citizens, seek protection for something, we turn to our governments and our systems of law. However, if you live in Pakistan, it seems that you are quite out of luck. Often government employees are the ones found breaking rules and corrupting the system. A recent example is the hunting of deer, partridges and quails illegally partaken in by five men in Bahawalpur, three of whom were reportedly government servants.

Hence, a plea to our government agencies to seek protection for our beautiful wildlife seems piteous. From the illegal hunters, four deer, 28 black and 11 brown partridges and 20 quails were recovered. While the district coordination officer held a press conference and said that Punjab Chief Minister Shahbaz Sharif was taking special interest in wildlife protection, the hundreds of deer which inhabit the Laal Sohanra park in Bahawalpur, need more than mere promises in order to be protected. Earlier in August, a viral outbreak killed over 150 lambs and goats in Umerkot, and in Thar, over 100 peacocks died due to an outbreak of Newcastle disease, which is an acute viral bird disease. While the livestock department finally decided to investigate, the delay in the matter was frustrating. Stricter measures must be implemented when it comes to maintaining the health of livestock, upon which the rural population depends for its livelihood. We saw no follow-up reports on the conditions of these animals post-vaccination.

It is not surprising that wildlife receives little protection in Pakistan because for a country where human rights are routinely violated, how can we expect animal rights to be protected? However, we must keep fighting for animal rights. At some point, the government and wildlife protection agencies, both local and international, will have to listen. Otherwise, we will be left with barren land as our people and wildlife are neglected and killed, receiving no respect or regard.

A wrong perception of the enemy