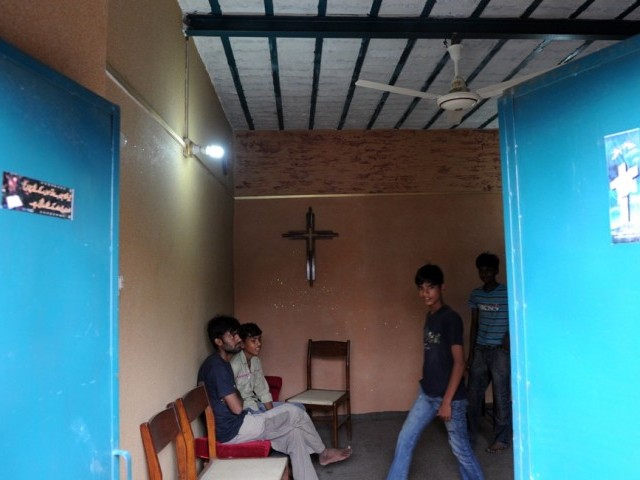 French cardinal insists that the ‘offence’ was unintended. PHOTO: AFP/FILE

French Cardinal Jean-Louis Tauran rose to the defence of a young Pakistani Christian girl accused of blasphemy on Saturday, stressing that that she “cannot read or write.”

Interviewed on Radio Vatican, Tauran, who is in charge of interfaith dialogue in the Vatican, and was also the late pope John Paul II’s foreign minister said, “Before asserting that a sacred text has been the object of scorn, it is worth checking the facts.”

Rimsha, aged 11 to 16 according to different reports, is accused of burning pages from a children’s religious instruction book inscribed with verses from the Holy Quran. She was arrested and remanded in custody last Thursday. Tauran said that Rimsha “is a girl who cannot read or write, and collects garbage to live on and picked up the fragments of the book which was in the middle of the rubbish.” “The more serious and tense the situation, the more necessary it is to have dialogue,” added the cardinal.

Talking to the staff of an Italian newspaper, Tauran said that he believed it was “impossible in the light of the facts that the girl had tried to express her scorn for the sacred book of Islam.”

The youngster reportedly has Down’s Syndrome, and her arrest has prompted outrage from rights groups and concern from Western governments.

Under the local blasphemy laws, insulting the Prophet Muhammad (pbuh) is punishable by death, while burning a sacred text leads to life imprisonment.

Rimsha was to appear in court on Saturday but police and her lawyer said on Friday that the hearing was put back to August 31.