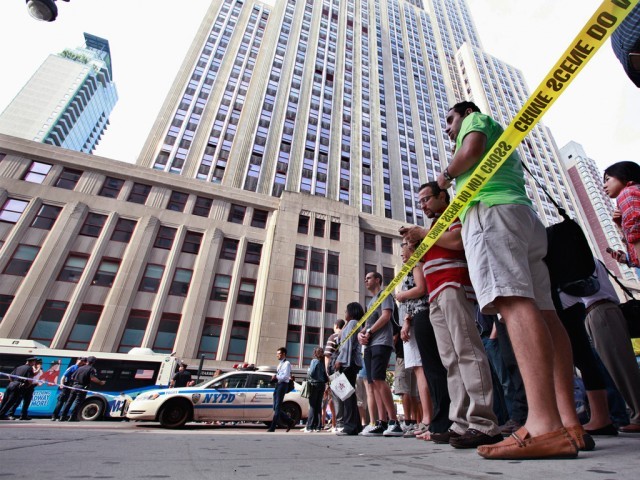 A disgruntled former worker at a Manhattan women’s apparel shop shot a former co-worker outside the Empire State Building before being killed by police Friday.

In total, two people were killed and nine had non-life threatening wounds in the horrific, Police Commissioner Ray Kelly told a news conference.

The FBI quickly ruled out terrorism.

The shooter was identified as “disgruntled former worker” Jeffrey Johnson, 53, and his victim was aged 41, Kelly said.

Kelly said the man used a .45 caliber handgun with a magazine capacity of eight rounds and shot his former colleague at Hazan Imports in the head, “striking him three times.”

“The perpetrator clearly turned his gun on the police and tried to shoot them,” Bloomberg said. “The cops returned fire, killing him.”

State Senator Malcolm Smith told local television that the mayor had told him that Johnson had shot his former manager.

Streets around one of the Big Apple’s biggest attractions were closed as police flooded the area.