Says a post-allian­ce future would allow them to hold more realis­tic expect­ations of each other.
By Reuters
Published: August 24, 2012
Tweet Email 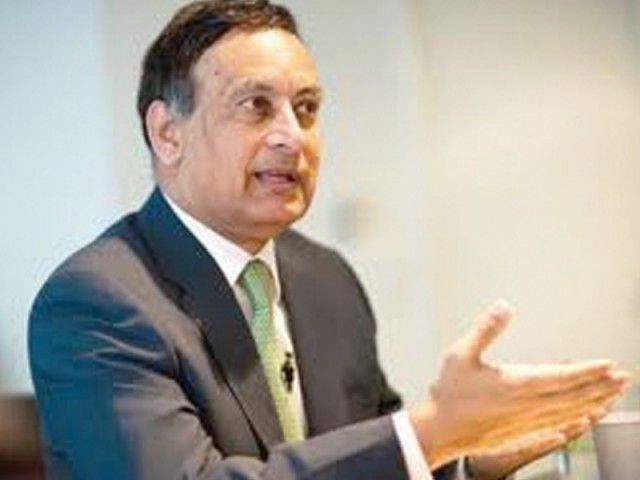 The United States and Pakistan should stop pretending they are allies and amicably “divorce,” Pakistan’s former ambassador to Washington has said — citing unrealistic expectations in both countries that include US hopes that Islamabad will sever its links to extremists.

“If in 65 years, you haven’t been able to find sufficient common ground to live together, and you had three separations and four reaffirmations of marriage, then maybe the better way is to find friendship outside of the marital bond,” Husain Haqqani said, addressing the Centre for the National Interest, a Washington think tank.

Haqqani’s recommendation that the US and Pakistan essentially downgrade their status was based on the premise that it may be the only way to break from what has been a dysfunctional relationship.

A post-alliance future would allow both countries to hold more realistic expectations of each other, cooperating where possible but perhaps without the sense of betrayal, which has become acute in Pakistan.

He cited a survey by the Pew Research Centre released in June showing roughly three-in-four Pakistanis consider the US an enemy, even though Washington pours billions of dollars of aid into the country.

“If this was an election campaign … you would advise the senator with these kinds of favourability ratings to pull out of the race, instead of spending more money,” said Haqqani, who plans to publish a book entitled “Magnificent Delusions” next year about the US-Pakistan relationship.

His candid remarks represented Haqqani’s first address in Washington since he resigned as Pakistan’s envoy last year after, he says, being framed for drafting a memo that accused the army of plotting a coup — allegations he defended himself against before the Supreme Court.

He said that the military needed to be under greater civilian control, adding Pakistan’s national interests are defined “by generals, not by civilian leaders.”

But he also doled out criticism of US policymaking, saying it was too often short-sighted, lacking the necessary historic perspective needed to appreciate realistically what Pakistan might do in return for aid and cooperation.

He repeatedly said someone in Pakistan knew of Osama bin Laden’s presence, even though he stopped far short of blaming the Inter-Services Intelligence directorate (ISI).

“I still think a full proper investigation on the Pakistani side is needed to find out how Bin Laden lived in Pakistan and who supported him — within or outside the government,” he said. “I really do not know (who helped Bin Laden). All I am saying is that somebody knew.”

Haqqani said it was just as unrealistic for Pakistanis to think that the US would side with Pakistan by launching war on India as it was for the US to think Pakistan would give up its nuclear weapons or sever ties with extremists.

“Equally unrealistic is that Pakistan … will give up support for jihadi groups that it deems to be a sub-conventional force multiplier for regional influence.”