If an accuse­d terror­ist is likely to be out on the street­s, why would prison person­nel risk antago­nising him?
By Arif Rafiq
Published: August 22, 2012
Tweet Email 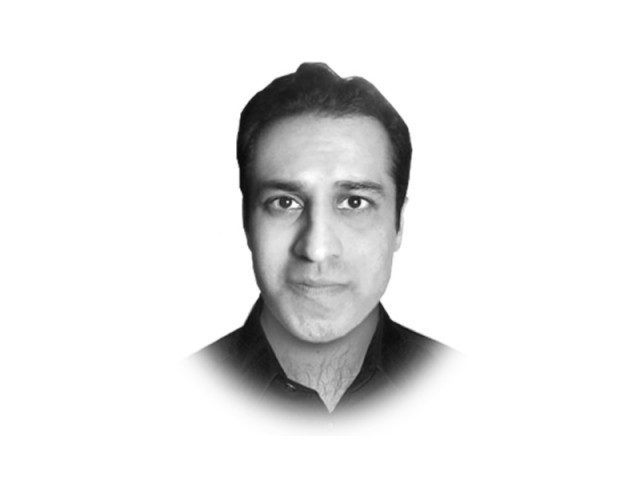 The writer is an adjunct scholar with the Middle East Institute and president of Vizier Consulting, LLC. He tweets at @pakistanpolicy

For some of Pakistan’s most notorious terrorists, the country’s prisons often provide a secure setting to work remotely and proceed with their lives, largely unhindered by the state. Consider the case of Adnan Rashid, a technician at PAF Minhas implicated in the 2003 assassination plot against then-president Pervez Musharraf and also suspected of involvement in the attack on PAF Minhas earlier this month. While incarcerated in various Khyber-Pakhtunkhwa prisons, Rashid is said to have not one but three mobile phones. One can imagine Rashid in his cell wearing a Bluetooth earpiece with a guard standing erect nearby, holding the boss’s phones and helping him switch through calls seamlessly like a Fortune 500 CEO.

Indeed, Rashid was a busy man. In prison, he was reportedly in contact with Dr Aqeel, the mastermind of the 2009 attack on the GHQ. He gave interviews and wrote letters. In addition to working hard, Rashid also found time for love. According to Syed Adnan Ali Shah Bukhari, Rashid got married and fathered a child while in prison. I would be interested in the logistics of how that happened.

Apparently, prison was not a perfect paradise for Rashid. I’m not sure of the actual reason for his checking out — maybe the prison walls interfered with his wi-fi connection. Rashid escaped from a Bannu prison in April along with 200 of his friends. He made his way to North Waziristan, where I presume he added another mobile phone line or two, reunited with his Juliet, and is making more babies with her (while plotting the murder of other people’s children).

Rashid is not the only major terror suspect with unrestricted phone privileges. Omar Saeed Sheikh, accused of involvement in a number of plots, including the murder of Daniel Pearl, is said to have had access to three mobile phones, six batteries, and 18 SIM cards. In 2008, he called none other than General (retd) Pervez Musharraf — after obtaining his personal mobile phone number — and threatened his life. Sheikh outdid himself in 2009 when he successfully prank called President Asif Ali Zardari and General Ashfaq Parvez Kayani, pretending to be then-Indian external affairs minister Pranab Mukherjee threatening to attack Pakistan. It is very strange that these men are given due process and manipulate the weakness of the system but Baloch separatists seem to be shot to death without much hesitation or regard for the law.

Countless Pakistani civilians, policemen, politicians and soldiers have died in the fight against these fascist murderers. Yet, when some of them are taken to prison, they are not punished as enemies of the state. They are instead given the red carpet treatment. The fear of terrorist retribution is the likely motivating factor for their lax treatment.

Pakistan’s anti-terrorism courts have a notoriously high acquittal rate. The most glaring example of this is Malik Ishaq, a self-confessed culprit behind the murder of many Shias, who was acquitted on 34 out of 44 murder counts and released on bail on the remaining 10. Now free, Ishaq once again openly calls for the murder of Shias and rebellion against the government in public speeches. If an accused terrorist is likely to be out on the streets in a few years, why would prison personnel risk antagonising him? What reason does a prison guard have to sacrifice his life and leave his family without a breadwinner when the state fails to do its share of the deal?

Parliament should heed Kayani’s call and legislate judicial and police reform. Senator Raza Rabbani seems to have the magic touch so, perhaps, he can work with the law ministry and opposition to make this happen. But Kayani also has work to do himself. There are military fingerprints all over this mess, which Kayani vaguely acknowledged. The solution is not to balance out Hakimullah with Gul Bahadur, for if and when Hakimullah is killed and the US leaves Afghanistan, Gul Bahadur surely will not call it a day. He will hold North Waziristan hostage. And the ghost of Nek Muhammad tells us what happens in Waziristan does not absolutely stay in Waziristan.