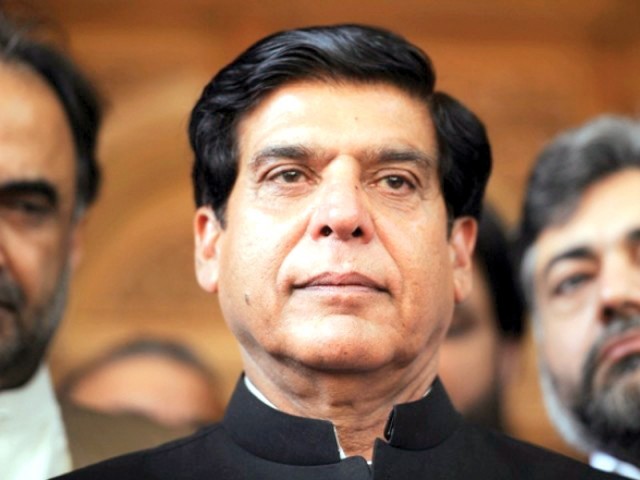 With the prime minister’s fate hanging in the balance soon after the Eid holidays end, leaders of top judicial bodies called for restraint on the part of the Supreme Court – and the chief justice assured them that the matter would be dealt with through ‘consultations.’

The appeal was made by the vice chairman of the Pakistan Bar Council (PBC) and president of the Supreme Court Bar Association (SCBA) in speeches at a farewell ceremony held on Thursday for outgoing judge, Justice Mian Shakirullah Jan. The chief justice and other judges of the apex court were present at the event – a full court headed by Chief Justice Iftikhar Muhammad Chaudhry, to mark Justice Jan’s retirement.

The top judge of the country assured the bar councils that all issues will be resolved through consultation.

The prime minister has been asked to appear before a five-member bench hearing the National Reconciliation Ordinance (NRO) judgment implementation case on August 27. On the last date of hearing a related review petition, the court warned the government of consequences if Prime Minister Raja Pervaiz Ashraf doesn’t respond ‘positively’ to the order to write a letter to Swiss authorities to make Pakistan a party in graft cases against President Asif Ali Zardari. Former prime minister Yousaf Raza Gilani was tried, convicted and disqualified in the same case.

SCBA President Yasin Azad said that every Pakistani wishes to see the judiciary independent. However, he added that democracy must thrive, and every government must complete the period for which it was elected.

PBC vice chairman Akhtar Hussain said that, out of the six options provided by court to implement the NRO judgment, two may be conveniently exercised without sending another prime minister packing. These include the formation of a commission for writing a letter to Swiss authorities and fresh elections.

“The court has great responsibility to protect the political system under the Constitution and to show judicial restraint,” said Hussain.

He also hit out at the opposition parties, saying that, instead of presenting more favourable economic and political options, they are busy sloganeering and playing politics with the judiciary. He added that the only available course was to continue with the constitutional process for peaceful transfer of power through elections.

The SCBA and PBC officials also urged the chief justice to ensure an expeditious and transparent criteria for the appointment of judges, so that vacant seats could be filled on merit, with the consultation of the bar and bench.

Hussain said that the high courts of Sindh and Lahore have been at half their sanctioned strength since the past three years, and the consequent delay in the decision of cases is irksome for the litigant public.