Judiciary has become a dictator: Gilani

Judiciary has become a dictator: Gilani 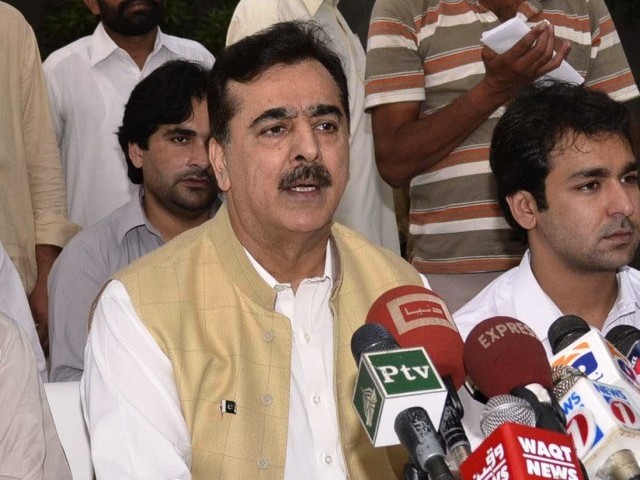 Former prime minister lashes out against judiciary, says it is trying to derail democracy in the country. PHOTO: SHAHID SAEED/ EXPRESS

MULTAN: Former prime minister Yousaf Raza Gilani lashed out against the judiciary on Wednesday and remarked sarcastically that there is no need of elections as the judges want to govern the country. “We have fought against all dictators and were always successful, but today the judiciary has become a dictator.”

Speaking to the media in Multan during an Iftar party, Gilani said that if all prime minister’s decisions are taken by the judges, then elections are mere drama because it is the judiciary which will choose prime ministers according to its own will.

“I will surely go for a protest at all levels against the judicial oppression in the country,” he maintained and added that there will never be a stable Pakistan if incumbent Prime Minister Raja Pervaiz Ashraf is sacked. “If Raja Pervaiz Ashraf asks me for advice, I will tell him to reject the court orders.”

Gilani further said that sovereignty belongs to Allah, but the judiciary has now declared itself as the custodians of sovereignty of the country. He added that the economic instability in the country is also due to the environment created by the judges.

“They have frightened away people from investing in Pakistan and you can see, no one is eager any more. They [judges] have direct interference in every affair of the government.”

Calling his disqualification “unconstitutional”, Gilani said that the judiciary is not independent because everyone is forced to follow the court’s ‘unconstitutional’ orders.

Gilani was disqualified from his post of prime minister after the Supreme Court held him in contempt for not obeying the court orders by not writing letter to Swiss authorities to reopen graft cases against President Asif Ali Zardari.

Judiciary can go to any extent for implementation of Constitution: CJ