Will you watch a Lollywood movie this Eid?

Will you watch a Lollywood movie this Eid? 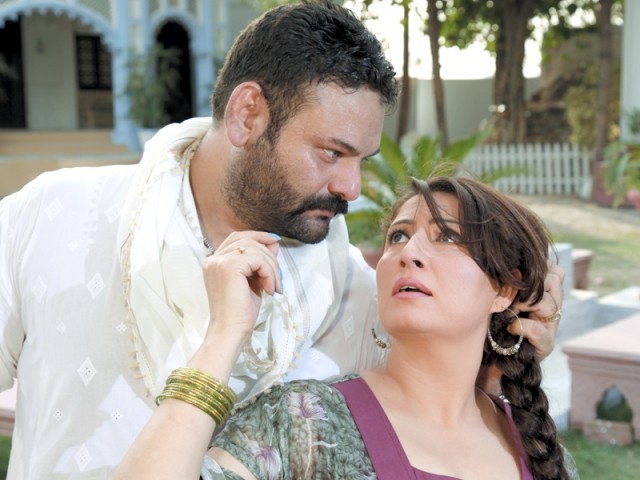 With the release of only one new film, a low-key Eid is expected for Pakistani films this year. Syed Noor’s Shareeka is the only major production being released to audiences by Lollywood, while the much talked about Indian film Ek Tha Tiger starring Salman Khan and Katrina Kaif is plunged in uncertainty as prospects of censorship float.

Shareeka is a Punjabi film dubbed as Noor’s comeback, as his last film tanked at the box office last year. The film is considered to be a family affair, as the story line builds upon families who live in a joint system and the myriad of issues which come along with such an arrangement. As this system of living is a norm in Pakistan, it should be a film that most people can relate to.

When the film was announced on his birthday in February, Noor had earnestly stated that it was important that whatever work was done represented Pakistani cinema in a positive light. Since then, the hype surrounding it has increased, as big industry names such as Shaan, Saima, Mustafa Qureshi and Irfan Khoosat look to bring star power to the project.

“This is a film that is made in the right way,” says actor Irfan Khoosat, who sees Syed Noor as influential for Pakistani film as Waris Shah, the renowned Punjabi writer of “Heer Ranjha” who brought Punjabi literature on the map. “It has a proper story, and across the board, the director and actors put in all their efforts to make sure a good film was created, that too in some of the hottest times of the year,” he adds.

Khoosat, who also starred in Bol, says that it is important to win back the audience that was once hooked to Pakistani films. Without delving too much into the class debate, he said that the ‘viewing class’ is thirsty for family entertainment. “The elite can curse at us like they always do, our real worry is the family viewers who would routinely come to watch. We need them to come back,” says Khoosat.

“People are critical of Punjabi films without even watching them, which is unfortunate,” states Khoosat, who is hoping that this will change. “Critics are also important, but I think the biggest thing is that people come and watch the film and give it a try,” he added.

While the Ministry of Commerce has issued a No Objection Certificate (NOC) which has allowed a print of the film Ek Tha Tiger to enter Pakistan, it still waits to be approved by the censorship board. Afzal Rasheed, the manager of the company importing the film said that company was unwilling to speak on the promotion of the film until everything was cleared.

“The issue of whether the film will pass censors remains to be seen,” says Rasheed. Speaking about the prospects for Eid, he said several Hollywood films would be playing, but Shareeka would be the major release amongst Pakistani films.

Ishq Khuda starring Ahsan Khan, Meera, and Wiam Dhamani, was also expected to release this Eid, but has now been delayed to Eidul Azha. According to industry insiders, the delay is due to production issues, while director Shahzad Rafique said it was a conscious decision by the producers.

“For the betterment of the film industry, we felt we should delay the film because we did not want to compete with Syed Noor’s film. There should not be any competition between film-makers at this stage,” said Rafique.

Meanwhile, confusion has also swirled about whether Billu Da Kharak starring Moammar Rana, Shafqat Cheema and Saima will premiere. The film was quietly shot six months ago and according to producers, will be released shortly after Eid.

Songs we missed on Independence Day