Govt, PML-N to kick off formal talks on interim set-up

Govt, PML-N to kick off formal talks on interim set-up 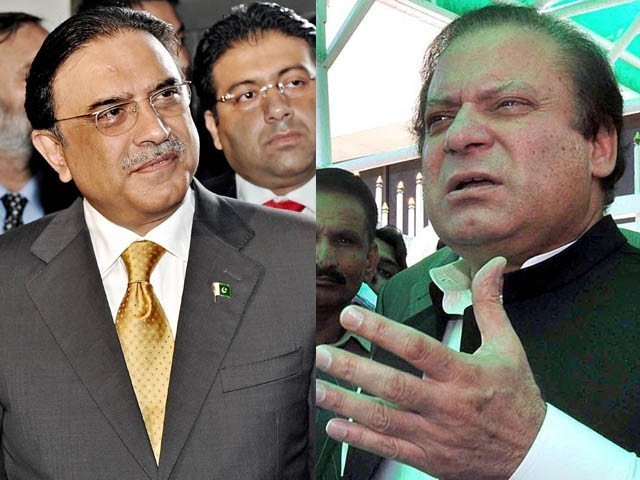 Immediately after Eid, the government and Pakistan Muslim League-Nawaz (PML-N) are expected to open formal talks for choosing members of a caretaker setup to hold general elections.

Officials in the governing Pakistan Peoples Party (PPP) and the main opposition party told The Express Tribune on Monday the negotiations were part of an overall understanding on a broader timeframe for a political transition.

According to a tacit understanding, say sources, the ruling and opposition parties had agreed to a transfer of power to an interim government comprising neutral politicians and some apolitical technocrats by early November this year.

The caretaker government will then hold parliamentary polls within two-and-a-half months of coming to power. Under Pakistan’s Constitution, the interim setup is bound to hold elections within 90 days of taking the office.

Sources in both parties said the timeframe was agreed upon between PPP and PML-N leadership last month when Prime Minister Raja Pervaiz Ashraf talked to Opposition Leader in the National Assembly Chaudhry Nisar Ali Khan.

A spokesperson for the PML-N confirmed the premier and the opposition leader spoke to each other over the phone and agreed on a tentative timeframe for a transition.

“Yes, what I can tell you at the moment is that the government has extended an invitation for formal talks and we are positively thinking about entering into dialogue,” said Senator Mushahidullah Khan, the PML-N information secretary.

“We are ready and (we are) going to begin negotiations with the opposition,” PPP leader and opposition leader in the Punjab Assembly Raja Riaz also confirmed.

“We want to remove all the hurdles and impediments in the way of holding free, fair and transparent elections … and we want everything to be within the parameters of the Constitution and law,” he said.

A constitutional amendment the parliament passed early in the year envisages a mechanism for bringing in an interim setup through consultation between the prime minister and the National Assembly opposition leader.

Last month, the government and opposition exchanged key proposals to mark the beginning of crucial talks to kick-start the process for selecting leaders for an interim administration.

Insiders said the telephone conversation between the premier and the opposition leader was the culmination of months of dialogue behind closed doors between negotiators from both sides.

According to sources on both sides, Prime Minister Ashraf also spoke to PML-N chief Nawaz Sharif before the latter flew to Saudi Arabia last week to spend the last 10 days of Ramazan with his family.

Both Mushahidullah Khan and Raja Riaz, however, did not confirm the contact between the incumbent and former premiers.

On another front, some officials said Nawaz’s visit to Saudi Arabia was partly aimed at holding talks with the kingdom’s top leaders, considered key players in Pakistani politics.

In the meanwhile, President Asif Ali Zardari will also travel to Saudi Arabia this week for a summit of Islamic countries. He is also scheduled to hold bilateral talks with King Abdullah.

Officials in the PPP said the focus of talks between the president and the king may be the interim setup.