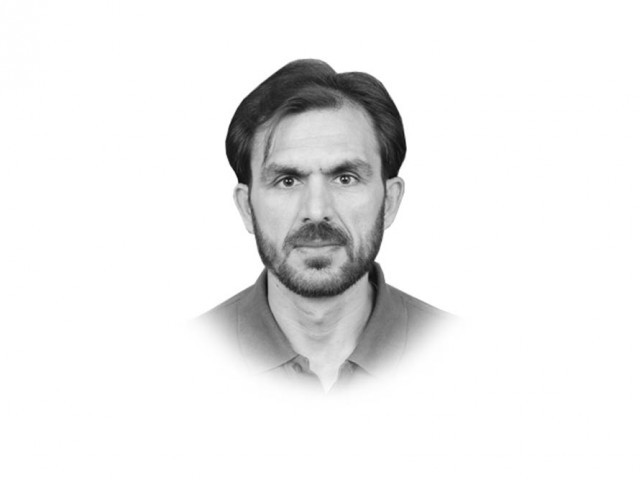 The writer is national editor at The Express Tribune naveed.hussain@tribune.com.pk

It was Nero who played the fiddle while Rome burned. And from the looks of it, our government is doing the same on the issue of Balochistan.

At a security huddle last month, Balochistan’s chief minister made an incongruous statement: the security situation is not as bad as portrayed in the media. From the ruling cabal, this is a quintessential ostrich-like approach to Balochistan — a boiling cauldron of ethnic, sectarian, secessionist and militant violence, threatening to boil over at anytime.

Balochistan is a festering wound, which has bled for decades now. And instead of diagnosing the cause, successive governments in Islamabad have tried different dressings to heal the wound. In the process, however, the wound has become septic.

The province has been caught up in a time warp, literally. Official neglect and resulting underdevelopment of the province, rich in mineral resources, spawned a sense of deprivation among the Baloch, which has become endemic over the years because of a Stalinist approach of Islamabad (read: Rawalpindi). The local sardars cannot escape the blame, either. The disillusionment sparked revolts against the state. Since 1948, Balochistan has seen four uprisings and as many military operations. The current insurgency, the fifth one, is blamed on the imprudent actions of former dictator General (retd) Pervez Musharraf. The 2006 killing of Baloch chieftain Nawab Akbar Bugti set off the current spiral of violence. This time around, however, sectarian extremists are also cashing in on the fluid security situation in the province. Military operations have done more harm than good. But we have not learnt from the past. The incumbent democratic government also appears to have bought the security paradigm of the military establishment. President Asif Ali Zardari did not follow up on his ‘apology’ to the Baloch people for the “excesses” of the past, though his party’s government did try to lure the Baloch with economic incentives. It was naive to believe the Aghaz-e-Huqooq-e-Balochistan package or a few thousand government jobs would buy the government ‘hearts and minds’ of the Baloch. Detentions, torture and extrajudicial killings of political workers are rampant — mostly blamed on the security forces. Reprisals from vengeful Baloch separatists are becoming nastier and deadlier. The gravity of the situation is palpable. The Supreme Court, which is currently hearing a suo motu case on the security situation there, talks of a constitutional breakdown. Rights campaigners warn that the province is “slipping away”. But the chief minister finds no one else to blame except the media for “exaggerating” the conflict.

Looking the other way is not an option. Neither is ruthless use of force, even if we are convinced that ‘foreign powers’ are destabilising the province. Pragmatism demands dialogue, a constructive, all-inclusive dialogue. The government should announce a truce, offer a general amnesty, curtail the role of security forces and engage nationalists in talks in order to isolate the ethno-separatists, who are in the minority (I believe, most Baloch still see their future with Pakistan). A grand jirga should be convened of all Baloch tribal chieftains and nationalist, political and religious leaders to work out a solution. Remember the 1970s insurgency was not crushed militarily — it was put down with pragmatism and prudence.