Around 40 people were killed in explos­ions in variou­s region­s of Khyber-Pakhtu­nkhwa on Monday.
By Express / AFP
Published: August 23, 2010
Tweet Email 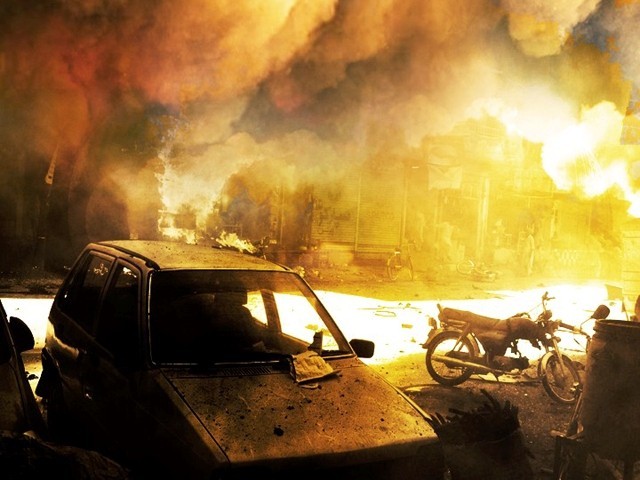 Around 40 people were killed at various location in the Khyber-Pakhtunkhwa province.

Thirty people were killed and sixteen were injured in a suicide attack at a mosque in Wana,  South Waziristan on Monday.

MNA Noor Mohammed Wazir of the Jamiat Ulema-e-Islam (JUI-F), who was the apparent target of the attack, was also killed in the blast.

He was greeting members of the congregation after prayers when the bomber struck, officials told AFP.

The mosque was badly damaged in the blast, where local residents were busy trying to recover people from the rubble amid fears that the death toll could rise further.

A landmine exploded at a meeting of tribal elders on Monday, killing seven people in Khumas village in Kurram Agency.

He said it was unclear whether the blast was an intended attack or whether the ordinance had exploded accidentally, as the security situation in the area has improved remarkably.

Another administration official said seven people were injured in the blast, which occurred during a jirga meeting, between two tribes over a dispute about an office boy’s job at a public school built on common land.

Three people were killed and five were injured in an Improvised Explosive Device (IED) blast in the village of Adezai in Peshawat, on the same day.

The injured were shifted to Lady Reading Hospital, while security in the area was put on high alert.