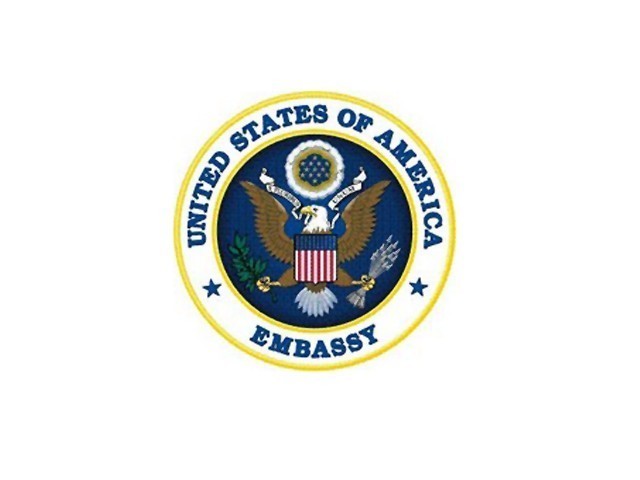 Anticipating terror attacks ahead of Independence Day, the US embassy in Islamabad has demanded that the government enhance security arrangements at its diplomatic missions, warehouses and offices in Pakistan.

The embassy has provided the Interior Division a list of its diplomatic missions, warehouses and other offices, which it fears, could be targeted by terrorists ahead of the national day on August 14.

Sources told the Express Investigation Cell (EIC) that the embassy’s list has been circulated to all departments concerned for immediate and appropriate action.

The list also includes the offices of USAID, which are working on different projects across Pakistan.

The USAID has emerged as a key player for social sector development with a main focus on development in troubled parts of Pakistan like the tribal areas, as well as Pakistan’s bordering areas with Afghanistan and Iran.

The US government is spending huge funds through USAID on the uplift of Pakistan’s social sector with a main focus on health, education and income growth-specific projects.

Under the Vienna Convention, the Pakistan government is required to provide flawless security for foreign embassies, diplomatic missions and related offices operating in the country. The exact number of US offices and warehouses in Pakistan has always been a controversy.

Earlier, US embassy issued a new travel advisory to its citizens, barring them from going to any public place on the eve of the national day.